Ed had a formative experience one day in the summer of ‘63. A strange bird had been trapped in a backyard pen, and Ed was tagged to go help his Dad release it.

Ed stood by transfixed as his Dad skilfully caught the bird, then was given a close, careful look as the bird was set free, squawking furiously. The bird was colorful and ornate, with long orange legs and fiery eyes. After identifying it as a Green Heron with the help of a book his Grandmother had given him, Ed set out into the woods and fields to see what other cool birds he’d been missing all those 12 years.

Ed also drew a lot as a kid and would like to take this moment to thank his Mom and Dad for routinely heaping praise on his artistic efforts.

At the same time, Ed developed a skeptical view of art. He remembers watching a particularly beautiful sunset in 1961 over Miller Mountain, (west of Scranton, PA) and deciding that any attempt to capture the scene would be doomed. It could never bring back the moment, and that was where the beauty was truly located.

Twenty years later, after moves to Portland, OR, Albuquerque, NM and finally Seattle, Ed reconsidered the point. Stalled journalism-career hopes and four bare walls in his apartment helped invite Ed back to art. He bought a set of acrylic paints, and was very proud of his first modest success, a portrait of a regal-looking Green Heron commanding a view of a wooded pond, since lost in a house fire.

In August of 1983 Ed quit his job & has lived on his art sales ever since, publishing and selling his paintings as prints, cards and posters at Seattle’s Pike Place Market. Ed paints in acrylic, freehand, wet-on-dry, relying on as many photos as possible, and always using a mirror to help with perspective.

Ed believes in paying nature & wildlife back for what it gives us. He has sponsored ads in the newspaper, the earliest a tribute to the now-locally-lost Common Nighthawk, and has published posters advocating the purchase of shade-grown coffee.

Ed owes a great debt of gratitude to so many. It is the ideas, positive energy and wonderful feedback from the folks Ed has met at the store that inspire him to keep trying to capture a bit of the beauty from the inspiring moments we are so lucky to have on this earth.

Ed’s actually not one for pleinaire, in spite of this photoshopped image.  (We’re working on one of Newbold painting while rappelling down a cliff, but we plan to tilt the photo 90 degrees because Ed is afraid of heights.)  Ed doesn’t teach but loves to give out tips and encouragment to aspiring artists.  His main tip:  Always use a mirror.  If you aren’t Mickey Mantle, you are probably either strongly right-handed (as Ed is) or strongly left-handed.  Your view of the world is thus strongly distorted.  Using a mirror to watch the progress of your work will help you to see it “from the other side.”    Also, look at your work from different distances regularly and in different light.  Print your work with whatever technology is available:  the print will tell you something about your painting that you didn’t already know. 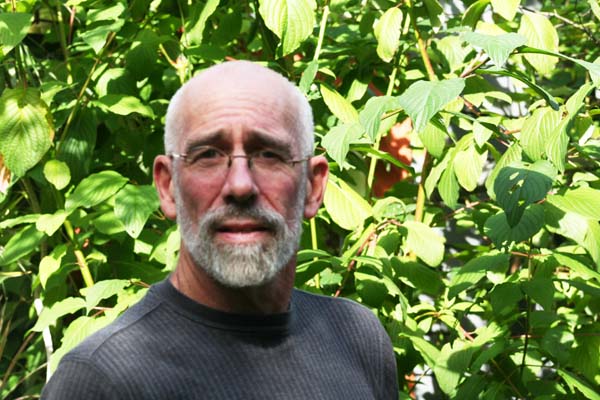 ``There’s a worldwide extinction crisis that’s picking up speed, & it raises an implicit question: Is what’s slipping away really so beautiful that we should take notice? At the same time the trend in the high art world is to toss out the whole concept of beautiful. My goal is to make art that says beautiful matters and that Biodiversity/the Creation is its very foundation.`` Ed Newbold 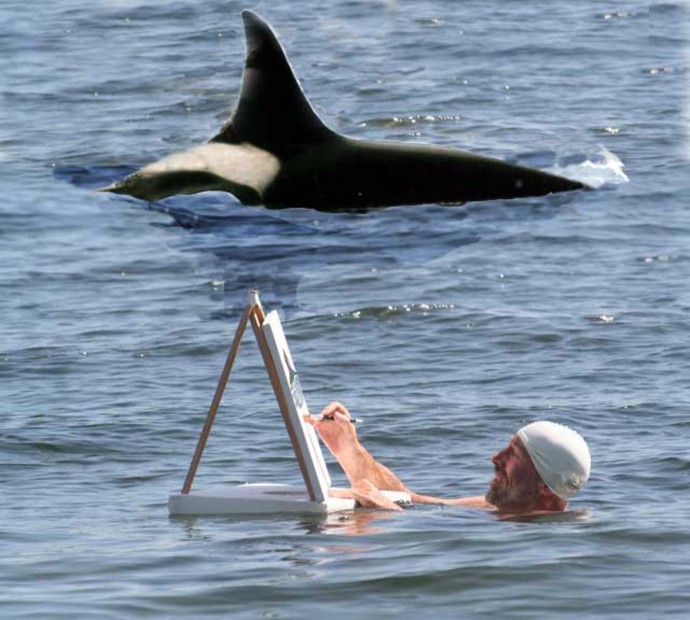