California Rice Farmers are putting the optimism back in bird conservation
13866
post-template-default,single,single-post,postid-13866,single-format-standard,theme-bridge,bridge-core-3.0.1,woocommerce-no-js,qode-page-transition-enabled,ajax_updown_fade,page_not_loaded,boxed,,side_area_uncovered_from_content,overlapping_content,columns-4,qode-child-theme-ver-1.0.0,qode-theme-ver-29.3,qode-theme-bridge,wpb-js-composer js-comp-ver-6.9.0,vc_responsive,elementor-default,elementor-kit-12768

California Rice Farmers are putting the optimism back in bird conservation 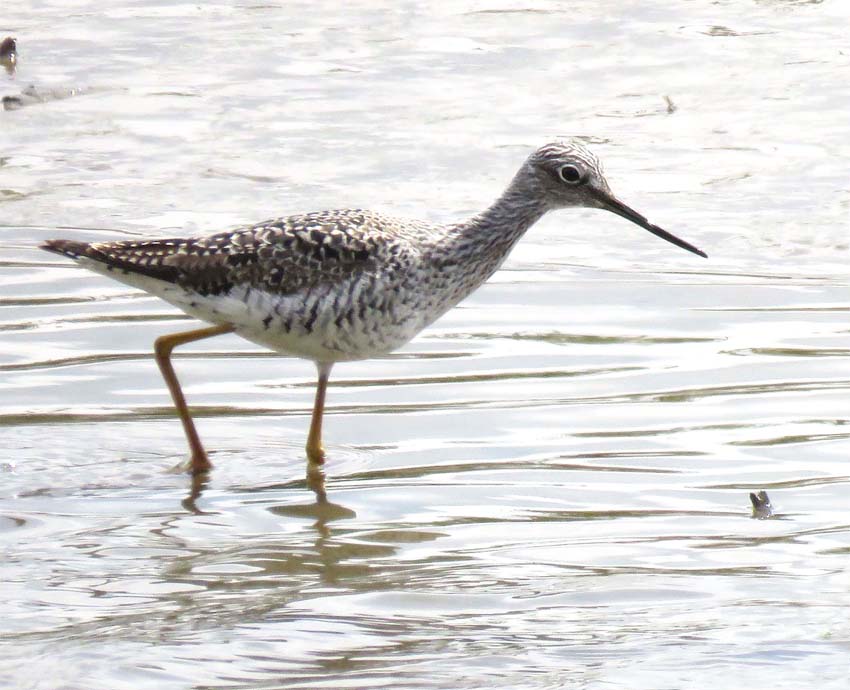 We’ve all probably heard of a “Surrogate Mother.”  But have we heard of a “surrogate wetland?” Leave it to California to birth the concept. In that state, Rice-farmers are flooding their land during the off-season–turning rice fields into temporary wetlands that can be perfectly tailored to the needs of specific habitat-challenged species. The practice is showing immediate positive results (It has been in place for over a decade.) If scaled-up and replicated in other agricultural markets and products, this new farmer-conservationist model could be a game-changer, giving birds a chance to survive in a modern world where each acre will be in demand to meet the needs of 9 billion people.

In California, the practice is even being seen as creating a positive feedback loop that increases agricultural yield. To quote the Grist article from the link at the end of this blog, “Growers see other benefits… As the birds dig through the earth of just-harvested fields looking for food, they break down the rice straw and enrich the soil, reducing the farm’s carbon footprint. “When the birds have been on the fields, we need to till less, which uses less diesel fuel,” Sheppard (a rice farmer participating in the program) says. “And we need less fertilizer.” Those benefits led some farmers to continue flooding their fields even when they weren’t receiving financial support.”

The timing couldn’t be better. California historically was home to a vast wetland ecosystem in its central valley that supported many resident species of wildlife and also played host to millions of migratory water-birds and wetland-dependent birds–birds of the Globally-important Pacific Flyway. But with the conversion of most of these wetlands to agriculture or urban development, the birds have been thrown into a serious decline.

The presumption has long been that bird conservation and agriculture were destined to be enemies when it comes to water and land-use allocations. And that had to lead to (perhaps unspoken) pessimism in the conservation camp, where it was quite clear that pulling large amounts of acreage out of production in the face of growing world demand for ag products would always be a non-starter. But California Ricelands programs, which were originally innovated under the Migratory Bird Conservation Partnership and have operated under various organizational frameworks, have turned all those basic assumptions on their head.

One of the organization that is spearheading this exciting new conservation strategy is California Ricelands Waterbird Foundation. Let me quote from the home page of the CRWF:

By leveraging private philanthropy and public funding to bring rice growers, conservation groups, and industry partners together in highly innovative conservation action, the Foundation isn’t just advancing quality wildlife habitat, it’s building a community that, in its own words:

“Opens up new possibilities for creative conservation projects, making it possible to develop important strategies and programs that emphasize multiple-benefits for people, wildlife, and the land alike

One extra reason this is such an exciting conservation strategy is that it is giving consumers a potentially big role as conservation advocates. Indeed, people who want to keep the Pacific Flyway flying can feel like they are helping right now by buying California Rice, and this blog is advocating that, as this program is up and running and appears to have the support of the entire industry. Future programs in other crops could possibly involve a certification program that would allow consumers to reward farmers in the marketplace, just as shade-coffee farmers are rewarded by consumers for their part in saving North American migratory songbirds.

If producers and consumers can work together they can “save” habitat without pulling the land out of production, not only with rice but potentially other crops as well. Programs like this also allow the “inner-conservationist” that exists in every famer to find expression–and more effectively than punitive regulations ever could.

After I started this blog, Delia found an article published recently in Grist that explains this superbly and expands on what this could mean for conservation and consumers. I recommend it highly:

Thanks for getting to here. Sorry comments are closed because of the problems created by bots. I would love to hear any comments, my email is ednewbold1@yahoo.com