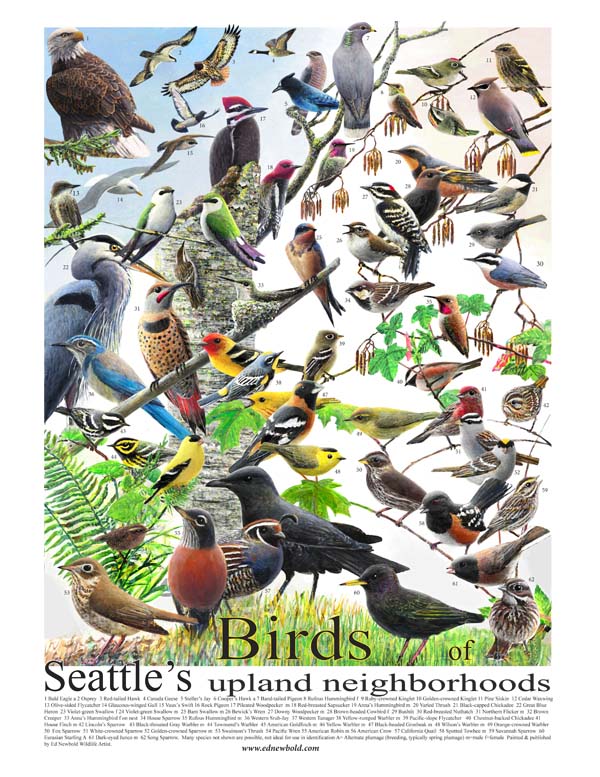 Posted at 16:42h in On the Easel by EdNewbold 0 Comments
0 Likes

On the 19th of this month I’ll be handing over six painting files to Susan Convery of Olympus Press. One will be “Birds of Seattle,” a painting I started in 1998. It was originally conceived as “Birds of Beacon Hill.” I worked on it hard in 98 and again for a long period in 2004. About three years ago, I started back in on it and on the 19th, it will be finished, at least for this decade, almost for sure.

This is what it looks like now. I have to put a leg on the Song Sparrow and fix up the Fox Sparrow, enlarge the Towhee’s tail, well, actually, there’s still a lot to do before the 19th, but I’m not going to let Susan down by stalling for more time! This will be a 14 x 18” poster. 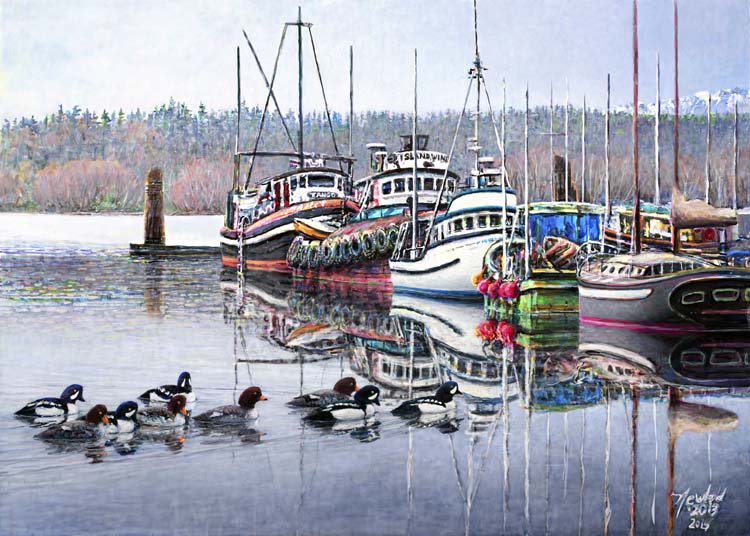 Another project that I’ve been working on for a long time is Poulsbo, which I originally called “Last Tango in Poulsbo because one of the boats was named “Tango.”   I think I started this in 2013, although it may go back further. When I started the ducks were just a pair of Gadwall, then I made them into a squadron of Barrow’s Goldeneye in 2013. In 2014 I repainted the whole painting and enlarged the ducks by a factor of more than two, and I’ve been fussing with it off and on since then. I’m going to print this at 18 x 24”.  I keep generalizing the name, now it’s “Winter Goldeneyes in the Harbor.” 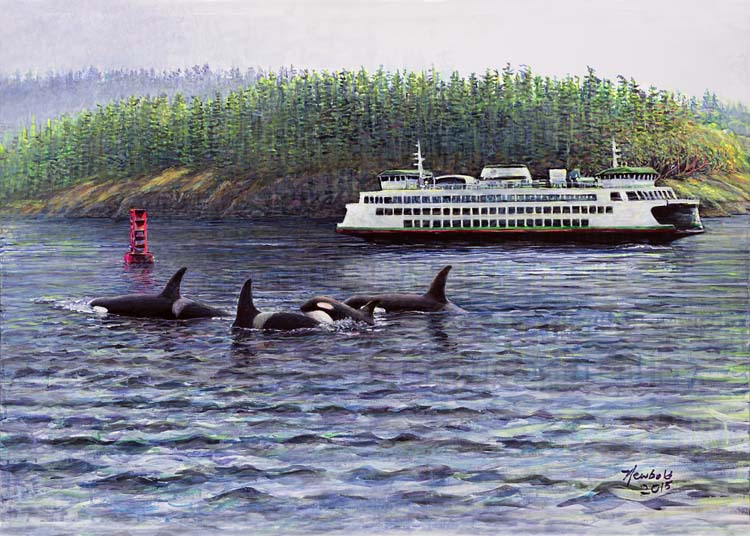 Here’s a painting I started in the fall. I’m thinking it’s name is “Starboard View,” rather than “Evening Passage, but I’m still looking. My normal convention for naming a wildlife painting is “such and such” species at “such and such “ place, but in this case the place is made up, so that won’t work. 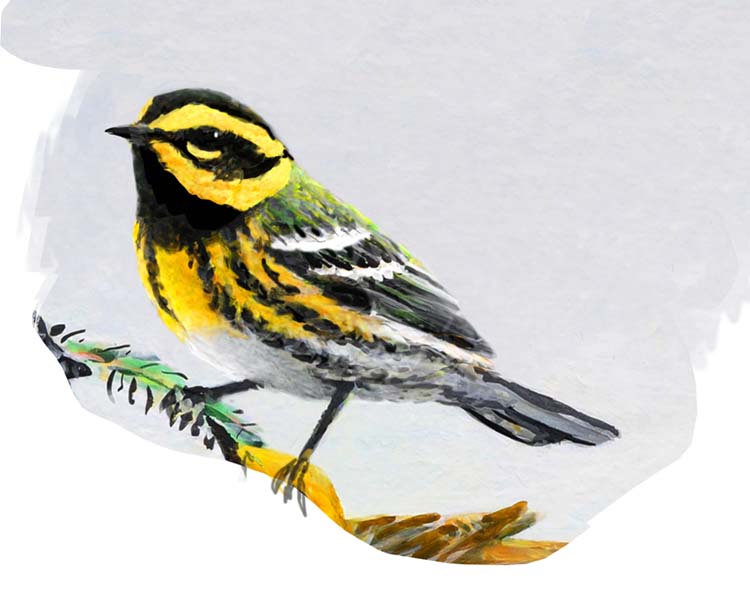 Russ Steele asked me to do a Townsend’s Warbler for a new Shade Coffee that Seattle Audubon will be issuing. I am honored by this request and hoping to finish soon, but I’m looking for a conifer branch to better hold this bird up. 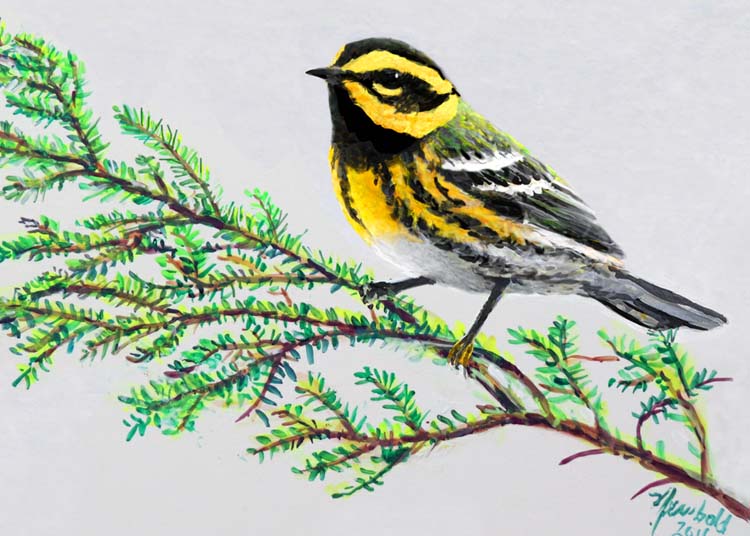 I painted that branch today (Feb 8) and here’s what that looks like.  I’m thinking I’ll make that available in two sizes at the store by next week.

Last time I was down in the Southwest I talked to Reed Peters, the owner of the Cave Creek Ranch, a great place to stay if you’re ever in Portal, AZ, at the opening of the biodiverse Cave Creek Canyon at the foot of the spectacular Chiricahua Mountains.  We worked on a possible painting/poster of birds of the Chiricahua Mountains. This is a beginning. We’ll see how it goes. It’s on a very hard surface for the sake of speed. I hope I can get this done quicker than the 18 years it took me to do “Birds of Seattle! ”

Comments welcome—I think they are turned on now.