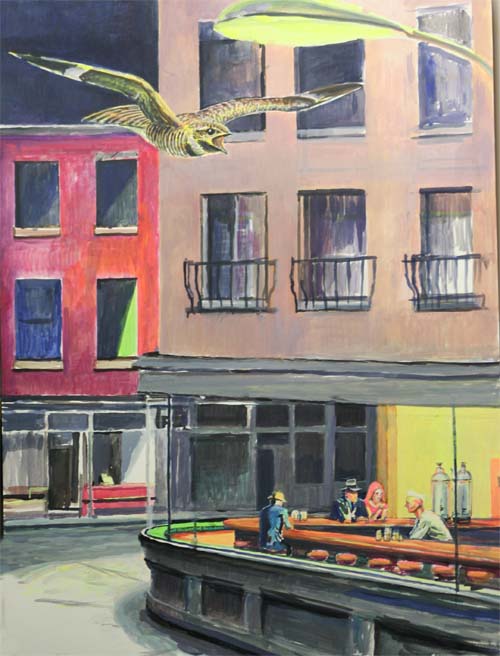 Posted at 05:06h in On the Easel by EdNewbold 0 Comments
0 Likes 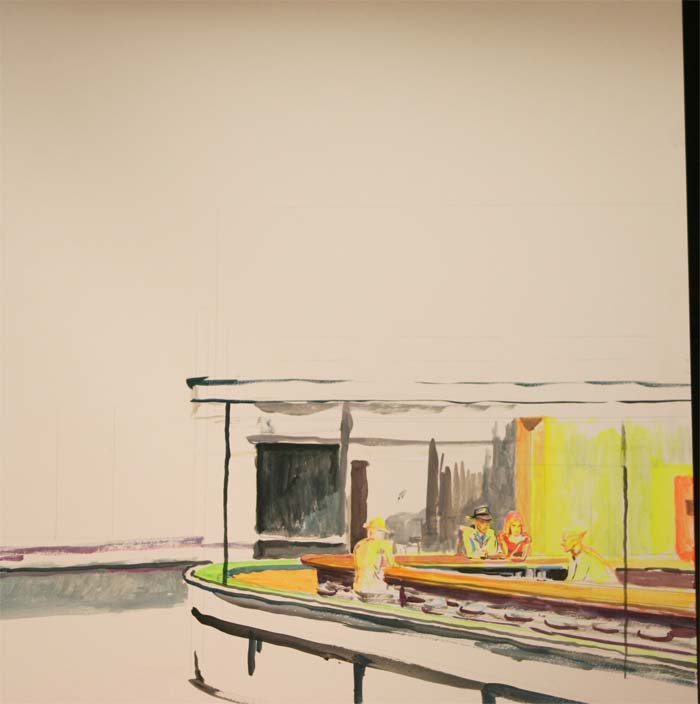 Common Nighthawks have traditionally found urban habitats very amenable. I thought I’d take the iconic Nighthawks painting by Hopper and use it for the background.  I just have to build the buildings up higher without his help.  His painting of the Counter-guy is so masterful as to be for me beyond belief.  He tread so carefully between all of the mistakes he could have made. For instance, You wouldn’t have wanted him to be so handsome as to be an Adonis, but you wouldn’t want him un-handsome either. Hopper got it perfect.  You wouldn’t have wanted him obsequious, but you wouldn’t have wanted him to be ignoring or rude, Hopper got it all perfect.  He is turned away ever so slightly and painted so spare it shocks me that that little paint could convey that much information.  I’m just hoping not to embarass myself.  Btw, for those concerned with copyright issues, I’m in strong belief that this will be a classic case of “Fair Use.”  This may become more apparent.  Additionally, if I am so lucky as to ever see any positive returns out of this project, it is conceived as a way to raise money for bird conservation. 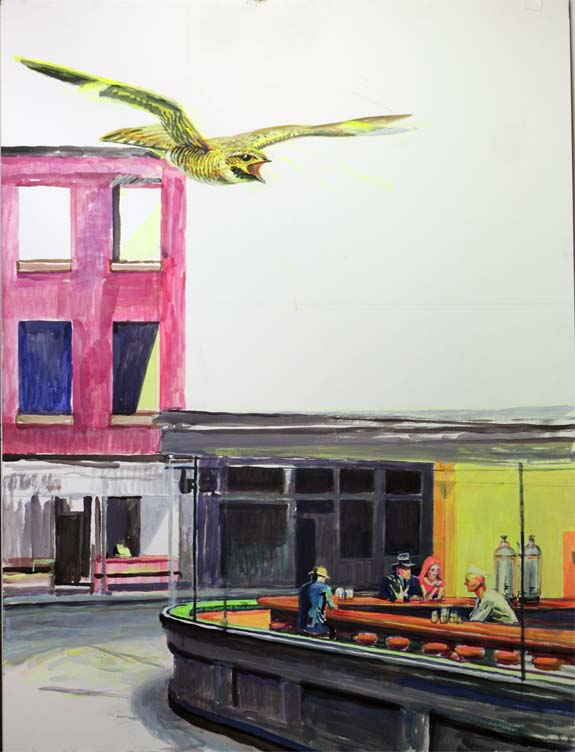 March 25, 2011. I found a building at the Pike Place Market with little cast iron balconies on the windows and I’ll use that for the main building.  I think I’ll put in a streetlight.  The Utah-born wildlife artist Carel Pieter Brest Van Kempen had a Nighthawk painting with him at the Pacific Rim Wildlife Show once.  It was an urban CA nighttime street scene with a streetlight.  Nice Painting.

April 8, 2011. The painting is ending up too narrow.  Maybe I can clone more buildings to the right or left.  Balconies seem to be working fine.  My dad, who was an engineer, taught me about the odd-number of subjects rule:  A painting should have an odd number of subjects.  It’s a problem when you paint animals in pairs.  This seems to break the rule (I’ve got the Hopper painting and the Nighthawk, 2 subjects), and so did Hopper in the sense that he had 4 people.  But everything about the Hopper painting is visually arresting and uneven, so that’s one rule we don’t have to worry about here.