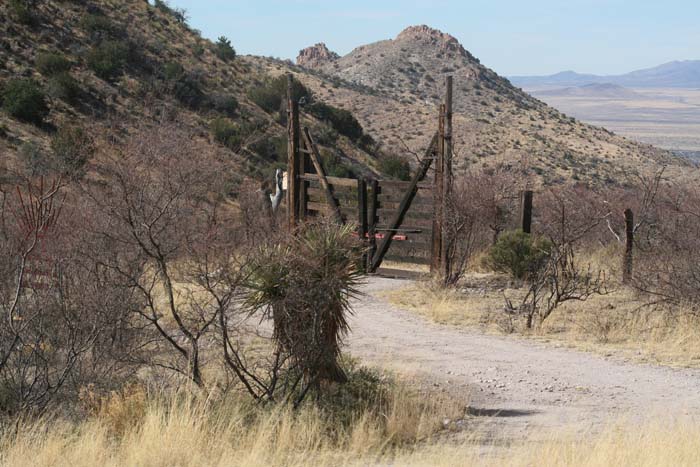 Posted at 02:17h in sightings by EdNewbold 0 Comments
0 Likes

We said goodby to CD Littlefield and headed down canyon through the old gates to the ranch yesterday morning. We had 15 minutes to spare in Tucson near the airport and stopped at a drain-way/arroyo –that mercifully wasn’t concretized– to see if we could spot any birds.  Low-latitude birding is fun, sometimes inauspicious places yield surprising treasures. 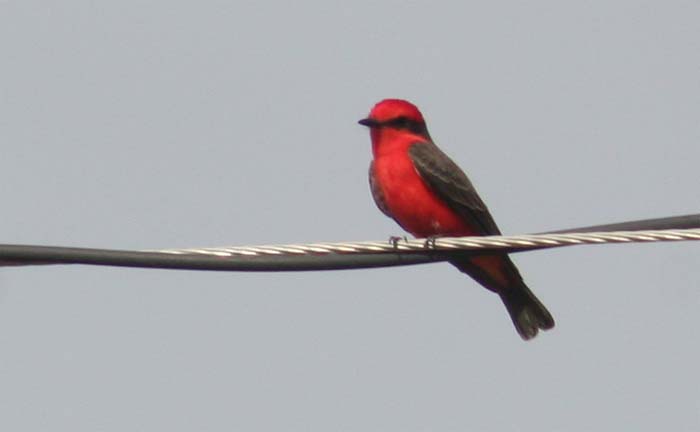 This bird flew up to a telephone wire.  It’s a Vermillion Flycatcher, small but it can knock you over, it’s so bright red. 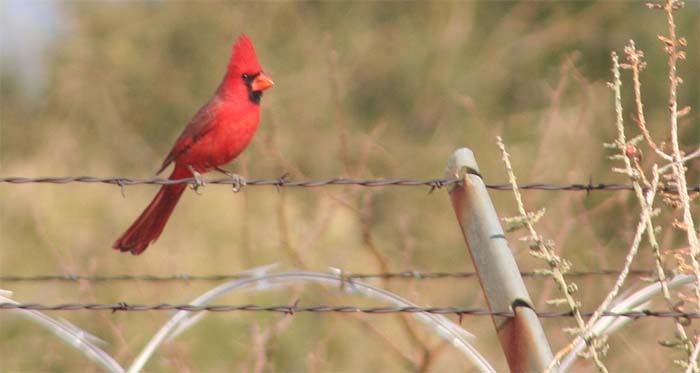 Then a Northern Cardinal, AKA Phoenix Cardinal hopped up on some barbed wire.  This is the same species as back east, but with a more flamboyant crest. 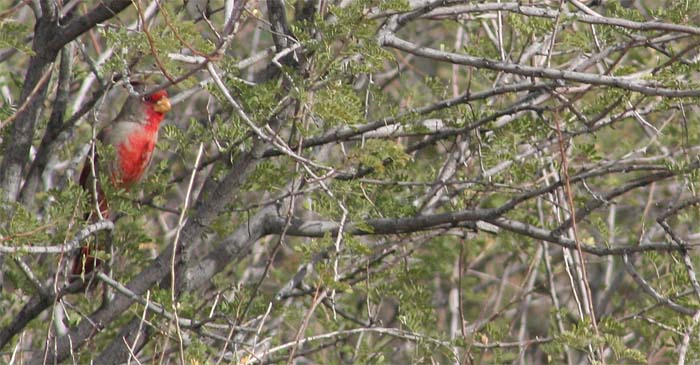 The Cardinal had some kind of dispute going with this Pyrrhuloxia that stayed in the bushes. 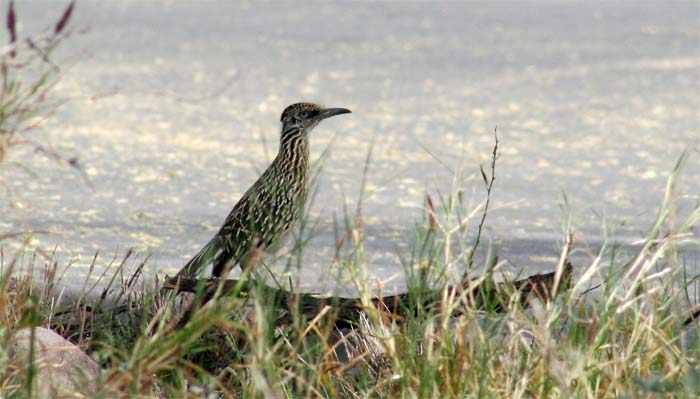 It wasn’t red, but then a helpful local guy pointed out a Greater Road-runner in the adjacent parking lot.  We also had Verdins, Rufous-winged Sparrows, a Curve-billed Thrasher and a Cooper’s Hawk in the drainway. 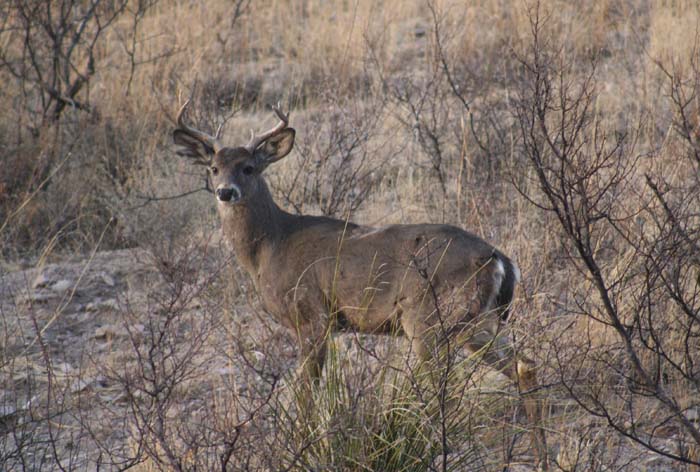 The visit to the ranch was quiet.  After a rainy summer there, we already are way behind in rain and are praying.  Big Al, one of the White-tail bucks was sporting this big new gash on his back, according to CD, it was one of the other bucks. 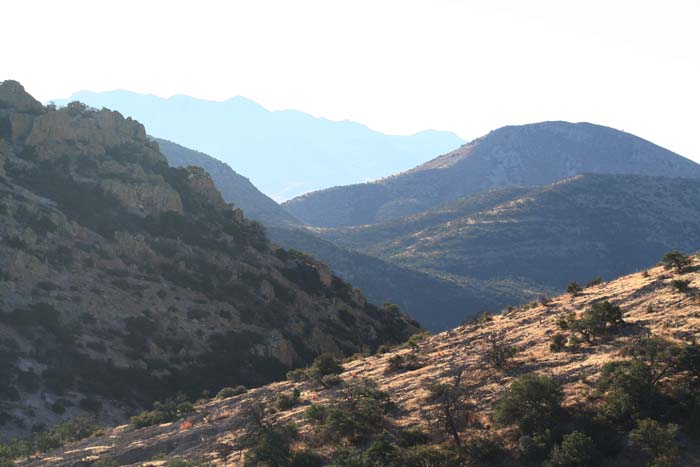 On Friday we did a 31,000 step (Delia wears a pedometer) hike to Black Mountain—on the right here we hiked to the point where the sky makes a v..  We encountered a Red-naped Sapsucker, a Hermit Thrush, and no people, as usual. 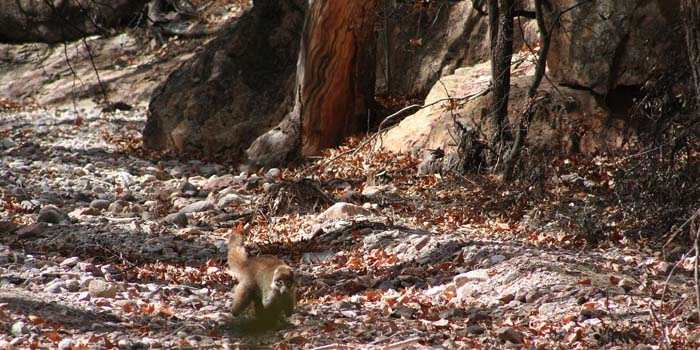 Earlier in the week we went down to Cave Creek and Portal, AZ to visit Jeanne Williams and friends.  This Coatimundi was trundling up a dry Cave Creek bed.  CD says rain is back in the forecast starting today.  Here’s hoping, it worked in Seattle.