Environmental Impact Statements play different roles at different times.  If a private party owned Cheasty and wanted to build there, the EIS that was written would be ok.  We just need to know if there are any endangered species there—which there almost never are, that’s why they are endangered—and then let’s sign off on the EIS and greenlight the project. 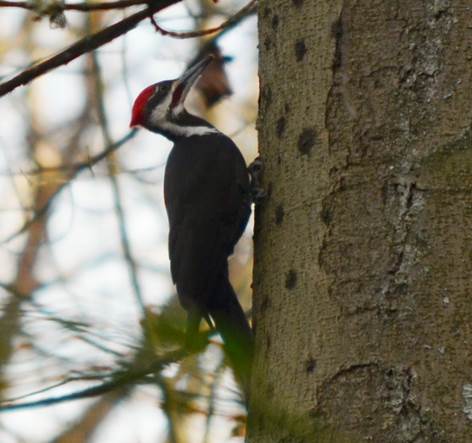 A Pileated Woodpecker photographed by Mark Holland in Cheasty in 2015.

But Cheasty is a completely different situation.  It is owned by the citizens of Seattle who would mostly want to have a biological inventory of what’s there and a reasonably up-to-date interpretation of what value it has to the environment.  It’s fair to put a much higher bar on such an EIS, especially when the proposed land-use change is purely optional and designed to please an athletic-constituency, and where the owner and the EIS customer are the same entity.

When looked from that vantage point, the EIS contains errors that speak volumes about the knowledge-level of the people who wrote it, contains omissions from the standpoint of the ongoing and impending collapse of bird and other populations and has a propagandistic feel to it. 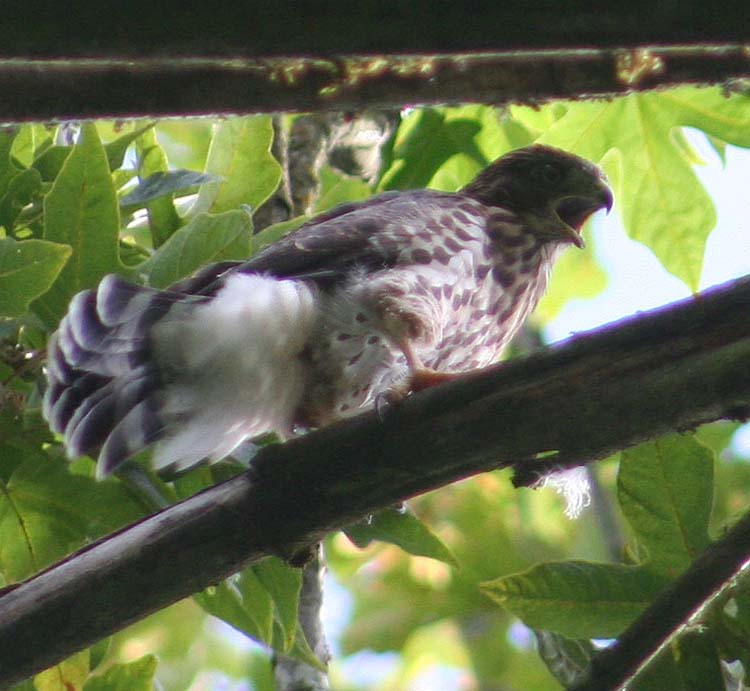 This recently-fledged Cooper’s Hawk in the Cheasty canopy this past June is one of an amazing 5 offspring that the Cheasty pair of at least 5 years fledged this year.

Another error is in saying there are Winter Wrens in Cheasty.  Winter Wren records are rare in W. WA and perhaps contested.  The Wren they are referring to in Cheasty is the Pacific Wren, which, in fairness, used to be considered a Winter Wren.

A more insidious instance occurs in the bird discussion of the EIS where the text mentions a number of reasonably common species and continues on, saying:

Well that’s a factual error Pileated Woodpecker planted propagandistically into a basically truthful statement.  Pileated Woodpecker is not a common species.  It’s not even considered common in the places it’s most common, such as the Big Thicket of East Texas.  You will find it listed as uncommon across its entire US range.  Common and uncommon are a technical term and this was written in this way so as to divert attention from the fact that we have a pretty exciting uncommon bird that nobody should be taking for granted in Western Washington. 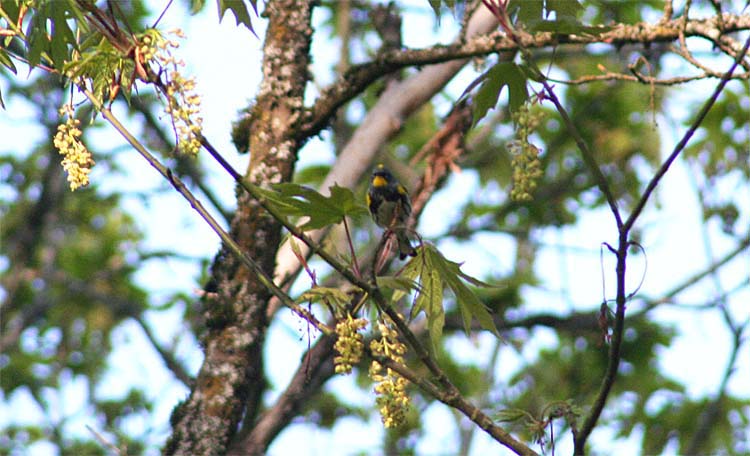 A migrating Yellow-rumped Warbler in Cheasty from April of 2014.

We live at the beginning of the 6th period of extinction and one of the large groups of critters that’s most facing extinction are the neotropical migratory insectivorous birds.  We should take them and their problems seriously.  All the EIS says is this: “Neotropical migrants such as orange-crowned warbler and Swainson’s thrush are likely to breed in the area during spring and summer.” 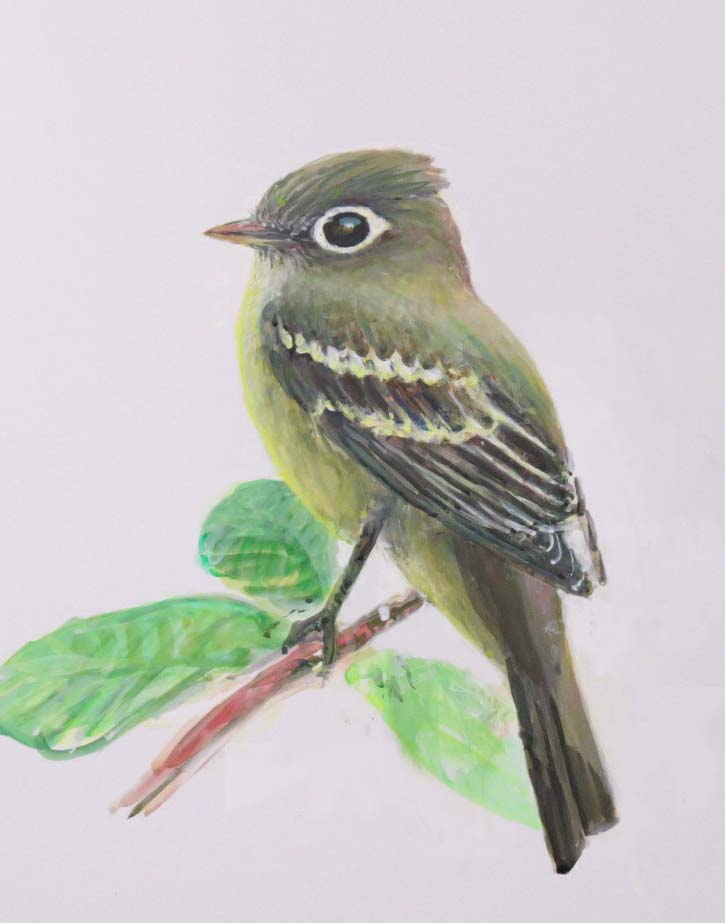 This is a painting of a Pacific-slope Flycatcher I did for the ad. There was an astonishing density of Pac-slopes in Cheasty this last breeding season.

I don’t really see Cheasty as Orange-crowned Warbler habitat but I can tell the author that Cheasty had a Wilson’s Warbler on territory this summer and up to four Pacific-Slope Flycatchers.  Both these birds are declining species by BBS data (Breeding Bird Survey).  Both are mid-canopy foragers and mid-canopy nesters.

The Pacific-slope Flycatcher is in an even more at-risk group than the Warbler in that it is an avian aerial insectivore, meaning that it catches flying insects on the wing.  These birds are experiencing devastating declines all over North America.  The baseline health of their populations will help them survive in the same way that if you get a disease, your baseline level of health will help you to survive.

Taking land out of nature and giving it to a private-sector exclusive-use athletics business that puts the land off limits to anyone not traveling fast on expensive machinery is an abomination at this time in the history of our Earth.

(Sorry comments are turned off due to spam.  email me at ednewbold1@yahoo.com and I’ll turn on any comments.)