If you ever get the dubious fortune of listening to a Parks Dept. presentation on why Cheasty must become a mountain bike park, you will hear plenty about the terrible condition and neglect the Cheasty Greenbelt has suffered from.  Crucial to this terrible condition are the depredations and excavations of a homeless man that Parks Dept. disrespectfully calls the “Mole-man.”  This homeless man has, over the last five years dug up and temporarily destroyed about an acre of the greenspace in and adjoining the main wetland. 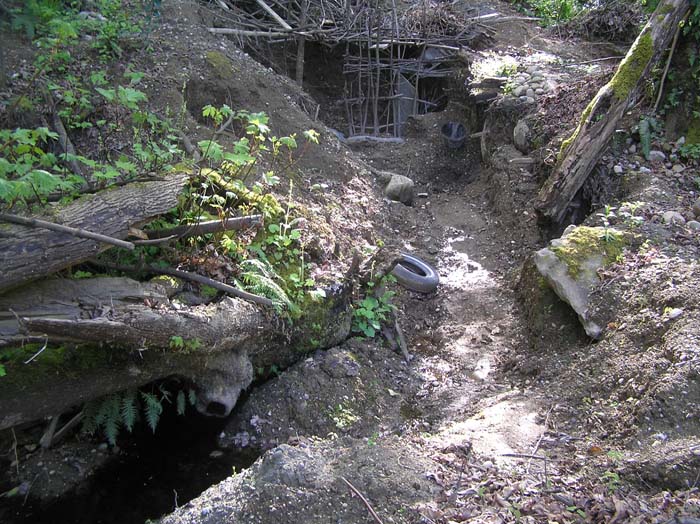 But the problem is, “moleman” is an inside job!  Parks knew about this man and his activities during the entire time the destruction occurred.  Parks never bothered to contact agencies or individuals who were in a position to intervene and stop the illegal activity while hopefully helping or at least not hurting this individual. 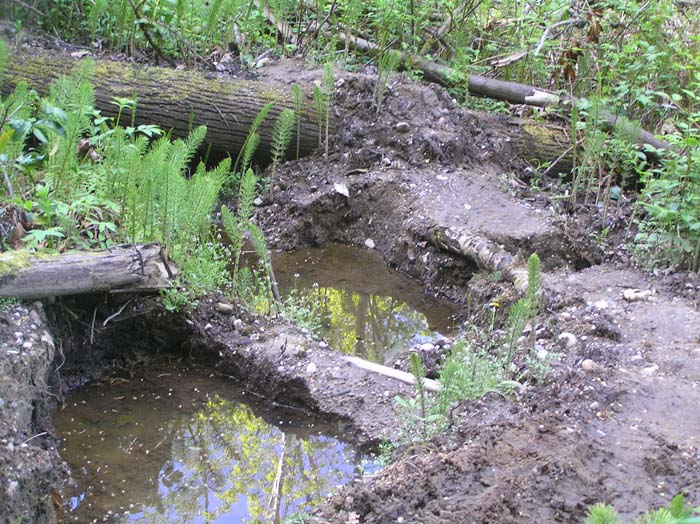 But nothing was ever done about this man’s activities and we are therefore we are left with two choices:  Either believe that the Parks Dept. is an atrocious land steward or believe that Parks wanted this man excavating because it was making their case that Cheasty was irreparably degenerated.  Perhaps even more hypocritically, this man was actually unintentionally helping to build bike runs.  Putting a bike trail through an area that is already open dirt is less painful to anyone who loves nature than bulldozing that same trail through Salmonberry and ferns.

And the digging continues.  Each time I have been there, there are more excavations.  On the morning of June 29 Delia and I visited the wetland and met the man.  His name is James, he told me where he is from and where his parents now live, which is nearby.  He asked me how many times I had been there. He apologized for how dirty he was when we shook hands.  When I complemented the place he was living, he said there were too many noxious weeds.  I tried to get him to differentiate between the natives ferns and Salmonberry and the invasive English Ivy, but I don’t think he bought it.   noticed that the excavated area was larger than it had been on my last visit.  And there was the man Parks calls the “moleman,” cooking on an open camp fire.  I debated talking to him; apparently he hadn’t noticed me, but a passive impulse won out and I slipped away. 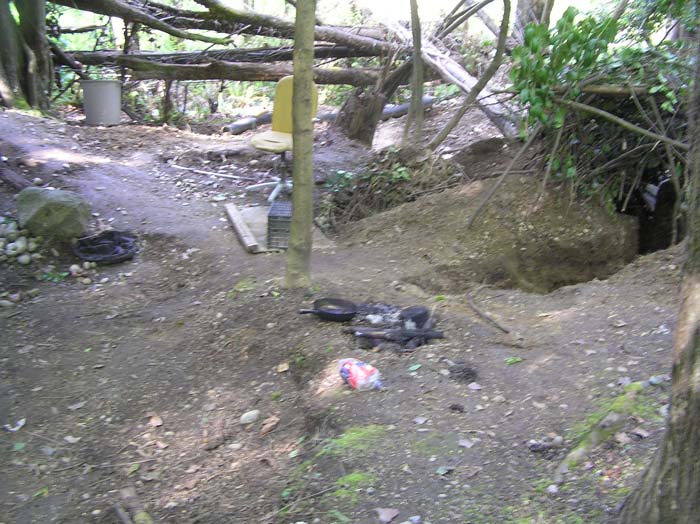 Parks will cynically allow James to continue digging up the wetland while the land is still a greenspace.  The Parks Dept. loves his presence at Cheasty and they use it to scare the neighbors and convince the public that the greenbelt has degenerated beyond fixing.  But as soon as they get the Bike Park going, they’ll suddenly have no need for James and he will be removed.  They will then credit his absence to the existence of the Bike Park.

There are so many other half-truths and hypocrisies in the Dept’s Cheasty portfolio and a couple of Big Lies:

The biggest lie is that Cheasty is overrun by invasive species.  If you enter Cheasty from the Park’s Dump Yard on Cheasty Road, you will indeed be alarmed by the sight of huge wads of English Ivy suffocating, figuratively, all the Maples.  Restoration is now occurring but the ground is a mat of English Ivy also.  However, if you proceed downslope to the wetland you will notice it’s in fine shape. Then look North, and the rest of Cheasty is a beautiful, wet native forest with only a very slight intrusion of non-natives.

Another big lie is the use of the term “Pilot Project.”  There is no money in the budget to evaluate or remove the project at the end of the “Pilot Project” term, nor does the notion even make sense.  This is a a Mountain Bike Park, which could be called a “project,” but it makes no sense to call it a “pilot project.” The Department apparently uses this term because Cheasty violates Parks Policies and Rules and they figure if they call it a “Pilot Project,” that won’t matter.

The third big lie is that the existence of Norway Maples in Cheasty is a problem.  The Norway Maples in Cheasty, which were originally planted to honor returning World War I veterans are currently playing the same role in the ecosystem as the native Big-leaf Maple.  They are not invasive in the Northwest in the way that English Ivy or Holly are invasive and there is absolutely no reason to do anything to hurt them.  Parks is maligning the Norway Maples and classing them in order simply to build it’s case that Cheasty is a basket-case that needs drastic action to save it.

Less of a lie and more a case of studied ignorance is the downplaying of the wetlands issue.  If a homeowner in East King County wanted to build in a wetland, they’d face legal issues.  It’s unseemly that Seattle Parks is blowing past this issue and apparently planning to do whatever it pleases in the wetlands, judging from the maps.

A “lie” of  omission in the whole affair involves the ultimate location of a parking lot.  From conversations, we now understand that Parks will put the parking where the dump area is currently, but this has been kept secret from the non-mountain-bike citizens interested in the process.

Let me repeat earlier posts to say that  my issue is not with the Mountain Bikers who have every right and reason to ask the Parks for this change-of-use.  And who have a great record of restoration in the southern portion of Cheasty, Cheasty Mountain View, which is not on the docket to be sliced up with trails. 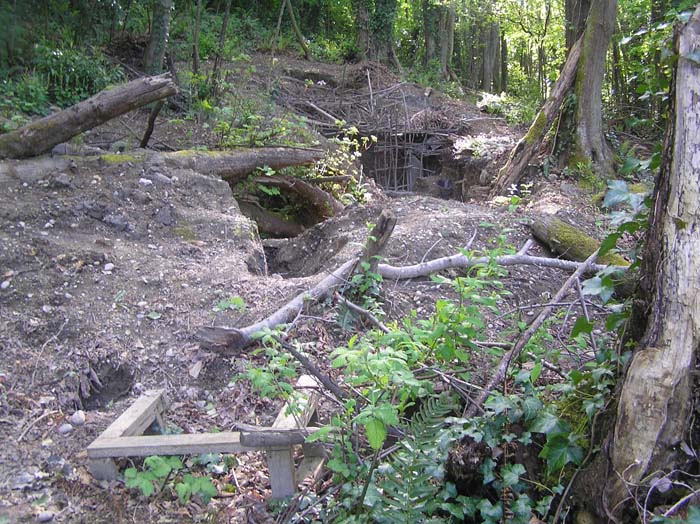 looking west from the main wetland 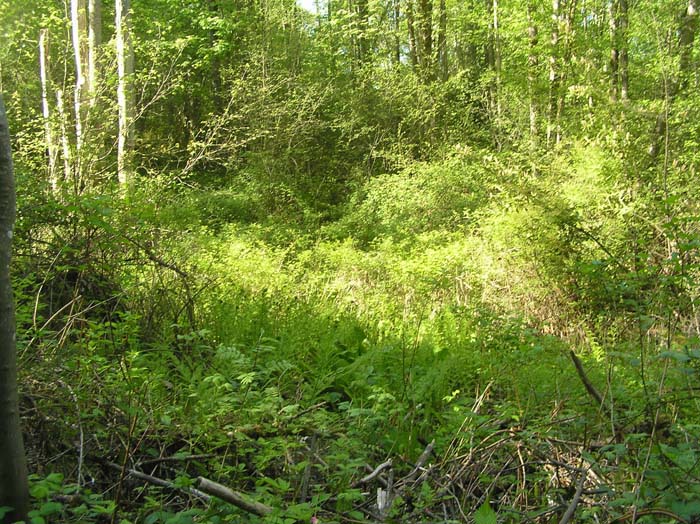 This is the main wetland looking upstream from the excavations 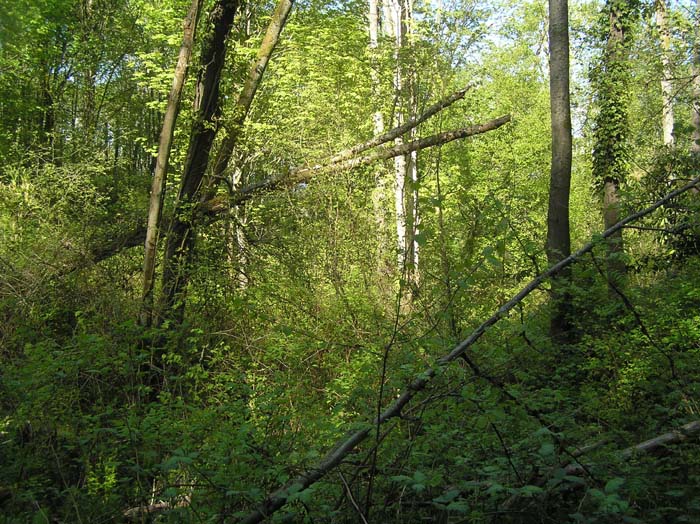 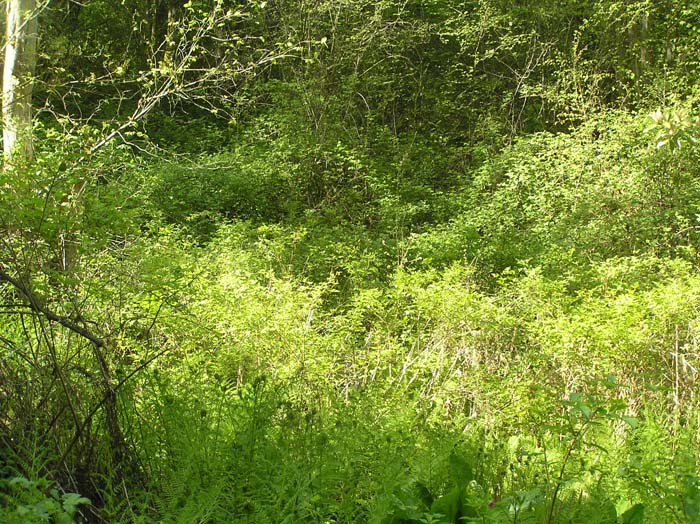 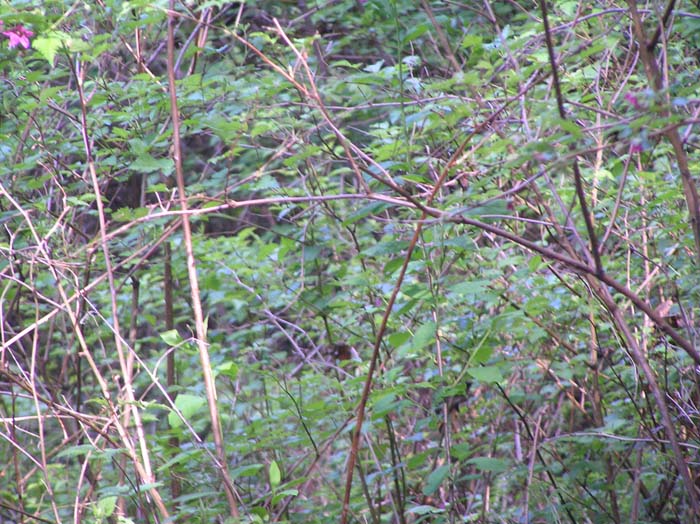 There is a lot of Salmonberry in the wetland. 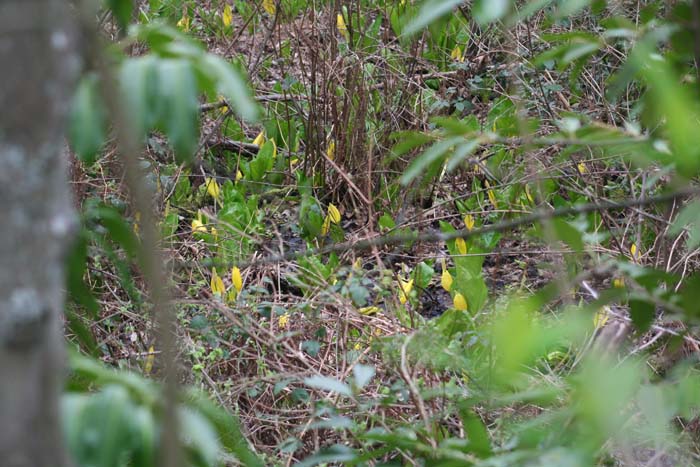 There are many smaller wetland areas and vernal streams in Cheasty. It’s basically all wet or steep. Here’s a small wetland area with Skunk Cabbage 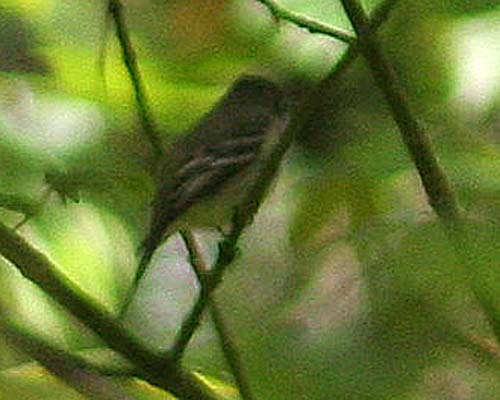 Here’s very unsatisfying shot of a Hammond’s Flycatcher, an unusual bird in Seattle, that was at the main wetland on April 27, 2014

All shots by Ed Newbold all taken this April 2014.

On the visit today, June 29, 2014, we heard Wilson’s Warbler slightly north of the wetland.  We had a number of Pacific-slope Flycatchers singing, representing probably 3 or 4 nests, and we heard a Brown Creeper.  We saw our first Cedar Waxwing of the year at Cheasty.  Cedar Waxwing can be quite abundant in good riparian habitat in West. WA in but it is hard to find anywhere else on Beacon Hill.  I had been told that the Cheasty Cooper’s Hawks were about to fledge just a few days ago, and indeed today we saw a newly-fledged male that was hopping around in a tree.  He was a good-looking bird but his whimpering was a bit overly-dramatic and only ended when the very self-assured mother Coopers arrived and vocalized, perhaps with a treat.