The Kindness of Rain
13486
post-template-default,single,single-post,postid-13486,single-format-standard,theme-bridge,bridge-core-3.0.1,woocommerce-no-js,qode-page-transition-enabled,ajax_updown_fade,page_not_loaded,boxed,,side_area_uncovered_from_content,overlapping_content,columns-4,qode-child-theme-ver-1.0.0,qode-theme-ver-29.3,qode-theme-bridge,wpb-js-composer js-comp-ver-6.9.0,vc_responsive,elementor-default,elementor-kit-12768

The Kindness of Rain 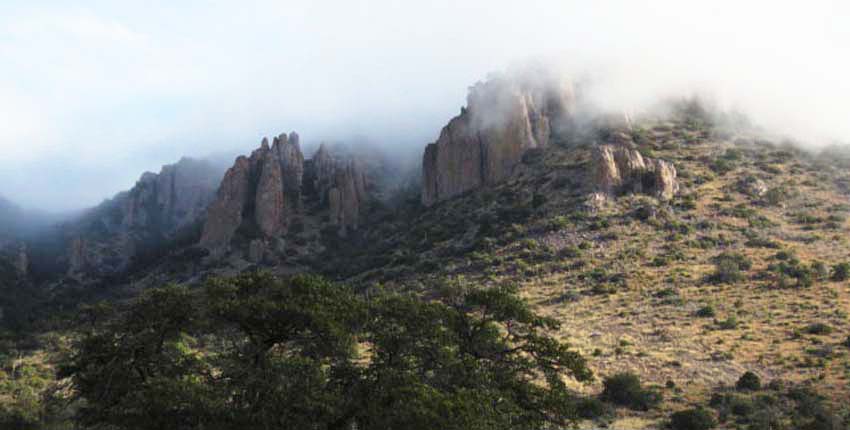 24 Jan The Kindness of Rain

Posted at 05:45h in sightings by EdNewbold 0 Comments
2 Likes

I was worried and fretful about this trip to the BioResearch Ranch, which we knew would be in the middle of a severe drought that has settled over much of the west, with the Bootheel being among the hardest hit areas.

My own bad mood was accentuated when we checked out the Airport Wash in Tucson. We expected it to be bone dry, but it was also being decimated of vegetation. We don’t know what this is about but we certainly fear for this little biodiversity hotspot that we have come to love. In spite of the destruction, there were still birds at the wash. This Vermillion Flycatcher was accompanied by a pair of Black-tailed Gnatcatchers, Abert’s Towhees, a Gila Woodpecker, Rufous-winged Sparrows, a Verdin and a Cardinal.

There was water in Cochise Lake in Willcox, Arizona, however, although that is more of an engineering phenomenon than a natural one. As usual, we found Black-crowned Night Heron and Scaled Quail. Thousands of Sandhill Cranes were staging there as well, making their lovely flight call and leaving the lake in stages in the morning to forage.

There was a distant Ferruginous Hawk on a tree, and this Loggerhead Shrike posed as we headed out of town toward Rodeo, New Mexico.

Before we had gotten all the way out of Wilcox, however, we found this Harris Hawk, part of a pair that we have become accustomed to seeing on recent trips.

As we approached the ranch we were greeted by a wonderful sight, a Juniper Tree that was decked out in Bluebirds. Mountain Bluebirds are the light blue ones, Western the dark blue.

When we arrived, perhaps fittingly, we found that our water system was down because of this cracked valve. For the first three days, it was hauling water by hand. it makes one very appreciative of the fact that there is water to haul.

Our biologist friends John and Emily arrived to rescue us and it only took John a couple of hours to replace a check valve with a huge pipe wrench. The valve had cracked under the pressures that are apparently inherent in a 1000 foot-well.

During an eight-mile off-trail hike in the outback to reach his moth-study site, John and I heard a hound high on the ridge on the other side of the canyon baying loudly. My thoughts immediately turned dark, but then John, who was watching the dog through his binoculars, said, “I think he’s baying at us!” Almost immediately the dog took off like a shot, racing down his side and then up our side to meet us.  We decided to detour back to the house and let Emily and Delia deal with him till we got back. They named him “Duncan,” gave him a lot of water and lots of food and he was an immediate hit, having considerable social skills, always wanting to keep us all in line. Cougar dogs get lost fairly routinely and many are not as lucky as Duncan—you can just look at them and realize they are not designed for the desert, or to conserve water at all. John and Emily located the owner through the use of a new-fangled device they called a cell-phone and Duncan’s real name turned out to be “Happy.”

Emily showed us the results of the game-cam she and John installed at the wildlife tank.  Above is a troop of Coatis, which travel in groups of females and young with no adult males, which generally are called Coatimundis and are generally solitary. Photo by Emily Pollom. When you see these Coati troops, they always seem to be having a lot of fun.

And here Emily’s game-cam captured a Coue’s White-tail Buck coming in for a drink. These aren’t the biggest White-tails in the country, but they are by far the prettiest, I said so. Photo by Emily Pollom.

Last month Emily and John got even more critter photos with the game cam, more on that in a future blog.

There were a lot of Sage Thrashers, more than we have ever seen, wintering in the canyon. Here one drinks at the Wildlife Tank with a Townsend’s Solitaire (the closer bird).

And this is a Mountain Bluebird from a flock we found in the outback tooling around with Bushtits.

And here are two Western Bluebirds sitting together in a spent Agave.

This Pyrrhuloxia hung around the house from day one.  Half way through our stay he seemed to pick up a mate.

Andy and Ellen Stepniewski were already in the area and decided to accept our invitation to come by and help us see birds and identify plants. Andy wrote the book, literally, on Birds of Yakima County and Okanagon County, but when it came to identifying the grass species, it was the blind leading the blind. However, we all marveled at how red and not at all blue “Texas Bluestem” was. Oh well, don’t mess with Texas.

Flickers seem about as common in the canyon as they are in Seattle here. Other birds we share are Bewick’s Wren, White-crowned Sparrow, Ruby-crowned Kinglet and Bushtit.

We went down to the valley to look for McCown’s Longspurs. It was tough birding as the wind picked up and the duststorms melded with the weak cloud cover to make the mountains on both sides of the San Simon Valley disappear in a whitish-brown-gray haze.

But there were lots of birds at Bob Rodriguez’s feeder including somewhat unusual Cassin’s Finches and this Northern Cardinal.

And there was also a lot of action in the heart of Cave Creek Canyon at the Cave Creek Ranch, owned by Reed Peters.  They included this Blue-throated Mountain-Gem, the largest US hummer, which would not pose in the sun for me, so this blog won’t show how spectacular this bird can look.

On the last full day at the Ranch we had a peaceful transition of power in our country. Astonishing and reassuring. As if to celebrate this the clouds gathered and draped the sides of the canyon, here are the Red Cliffs.

The rain started in the evening and it rained lightly until the next morning. Not a lot of rain, just under a half an inch probably, but you could see every bush and shrub and clump of grass stand a bit taller and look a bit happier. It made it hard to leave.

The next day the rain clouds had still not lifted from the valley. The distant mountains are the Chiricahuas in Arizona.

In this taken from the front seat of the car on the gorgeous ranch to our west, the Chiricahuas seem to float above the San Simon Valley.

One rain event alone isn’t a game-changer. But we can hope for more and are trying to stay positive. At the moment, here in Seattle on the 26th, we are delighted to see that rain/snow has continued, we’ve probably gotten at least .3 of rain or snow, likely more, in the Canyon. John and Emily reported a big snow dump in Silver City and below is a shot Ellen sent of snow in Tucson. There is no better place to enjoy rain or snow than the Southwest, which can reward you with “petricore.” Petricore is a word we learned from a guy behind the desk at the rental car agency at the airport. It is the smell plants release when it rains after a long absence of rain, and it is bound to lift your mood if you are living in the desert. We so wish we could still be there for this!

Above Photo by Ellen Stepniewski.

Of course, I still do and will always fear drought, in the Southwest and everywhere. Those of us who believe in conservation of nature must understand drought is the most potentially lethal of all threats, and not just to biodiversity but also to civilization. High-pressure systems associated with sunny days are Nature’s way of releasing excess heat from the atmosphere, as I recall Andy saying on this visit. Higher average temperatures lead to more evapo-transpiration, so that even if the rainfall amounts remain stable or even increase slightly, the land can still be drying out. Meanwhile, ever more irrigated agriculture keeps mining and stressing the water table. You can buy land to save it from development, but you can’t make it rain. And all of Earth’s Creatures need rain. If anyone wants to go further down this road see my blog under “news” (Joe Biden) and scroll down to where it talks about the “Virtuous Circle vs the Vicious Cycle” graphic.

On the way to the airport we took a detour to see a rarity, a Northern Jacana, a delightful bird with really big feet, just North of Tucson, that has been living since September in a perhaps 30 square foot mat of vegetation in a wastewater outfall that doubles as a wildlife refuge. A Belted Kingfisher,  Black Phoebe, Cinnamon Teal and Coots were close by.

Now back in Seattle, we were graced by a visit from a White-throated Sparrow.  Back in PA, I used to take this bird for granted. Now I never cease to admire it, although by W-thr-Sp standards, this bird is a pretty scruffy youngster.

And today, the 24th, Delia and I went to visit our neighborhood Beacon Hill rarity, a Black-billed Magpie, which is common on the east-side of the state but not here on the west side. It’s at Van Asselt Community Center. (NW corner). Magpies are getting some PR lately as there is a new Netflicks film about a woman whose recovery from trauma was aided by a Magpie, I believe an English Magpie which looks identical to this. I call the Magpie “The American Bird of Paradise,” because, in a way, that’s what it is. Birds-of-Paradise are basically Crows who became, evolutionarily-speaking, “bored,” and through female mate selection ended up with variously dazzling plumage extras and baubles such as long tails. This shot was taken in the dusk and the rain of a Seattle winter but when the sun shines on a Magpie it can be dazzling, with a purple blue and green sheen on the dark feathers contrasting with white patches.

Above and last is a Eurasian Wigeon, looking regal, with American Wigeons at Green Lake from before we left.

This is a bird that should get an award. It’s a relative rarity, a Snow Bunting that is hanging out at Eide Road in Stanwood. Not only is it gorgeous, it’s kind and generous about hanging around birders and photographers. Our friends Brian and Darchelle arrived at the site and were demoralized–no bird to be seen anywhere, and it was getting dark. Then they turned around and realized it had popped up right behind them.

Here’s the other cutest bird in the world, a Short-eared Owl at North Fork Access in the Skagit. Again, it was getting dark and we had not seen any of these (it had been raining and windy) when suddenly one popped up in flight out of the marsh. The little owl immediately picked a fight with two larger Northern Harriers that had strayed too close, then flew around a bit before pouncing on something. Long live Short-eared Owls!

As usual, and very unfortunately, I can’t allow comments because of all the bots. email me at ednewbold1@yahoo.com.