Final shots from a crushed camcorder 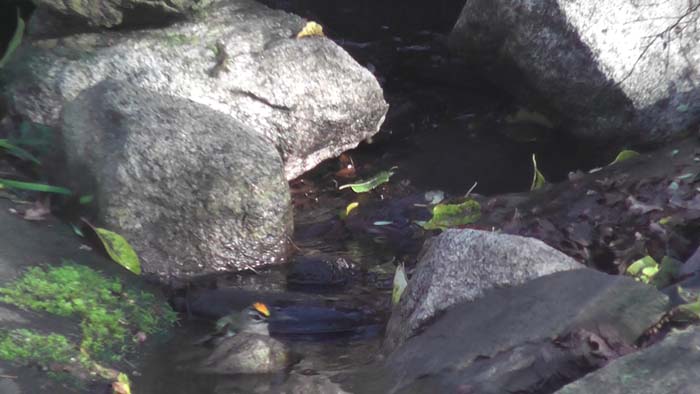 Posted at 16:31h in sightings by EdNewbold 0 Comments
0 Likes

The 300 ml lense on my still camera broke in September so I began trying to use my Panasonic Camcorder for wildlife and landscape shots.  But on the Peloncillo, New Mexico 2012 Christmas Bird Count I was tripping the light fantastic across a draw and fell and crushed it.   Here are the last shots that will ever be downloaded from a camcorder that is so flattened that even if we weren’t living in a throwaway society, it would have to be, well, thrown away.

When we see Golden-crowned Kinglets in the woods, their crowns usually look pure yellow.  But when the bird gets excited, and every bird gets excited when it takes a bath, the males show the red feathers in the center of the crown.  This GoKi, as some birders like to shorten the name, is bathing in Butyl Creek, the artificial creek in our backyard, and this is a still from the movie.  And I didn’t Photoshop the crown, it was catching raking sunlight from the south. 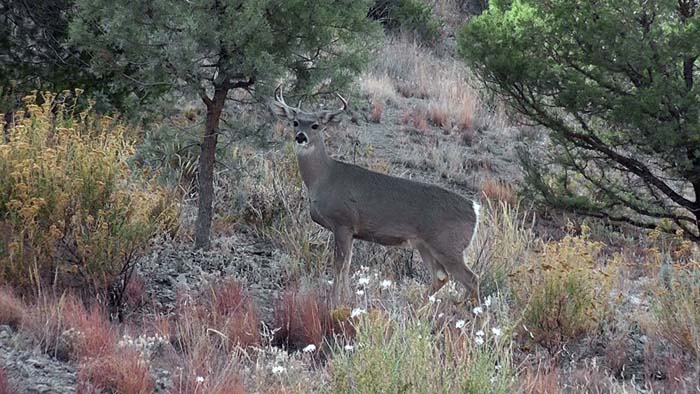 Here is a Coue’s subspecies Whitetail Buck that was at my parents-in-law Bob and Katie’s House in New Mexico’s bootheel, this December.  These Whitetails are by far the handsomest in the entire country, Wildlife Biologist CD Littlefield assures me.  CD lives 100 feet down the Canyon from Bob and Katie. 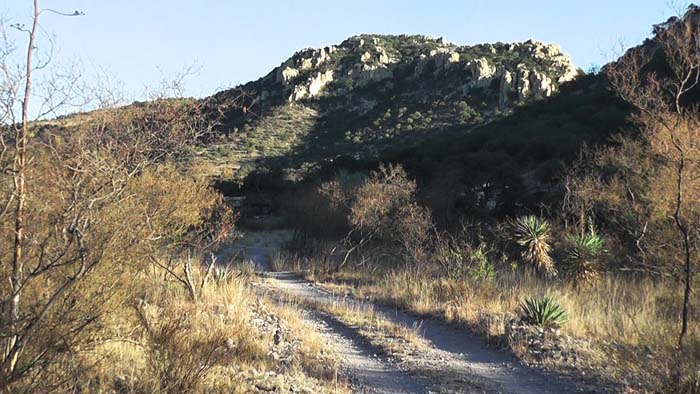 Speaking of the Canyon, Post Office Canyon, if you head up it for 4 or 5 miles, these “White Cliffs” will signify that you’re running out of Canyon.   Bob and Katie’s and also CD’s house are in the direction of the shadow in the lower right. 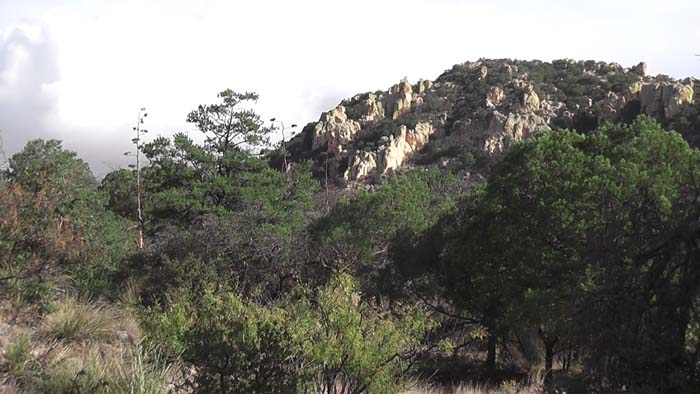 Another shot of the White Cliffs.  This time  in the aftermath of a rain.  We get a lot of rain down here, but never enough, and we are always praying for more. 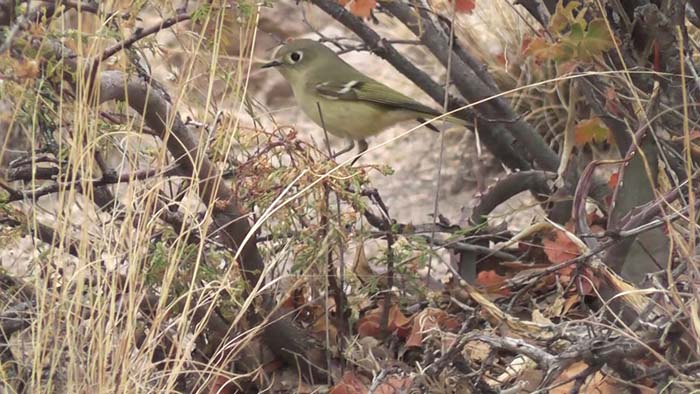 Here’s the other Kinglet, the Ruby-crowned Kinglet.  This one was tootling around near the top of Post Office Canyon.  Too bad it wasn’t excited, or you could see it’s scarlet, not ruby, head feathers. 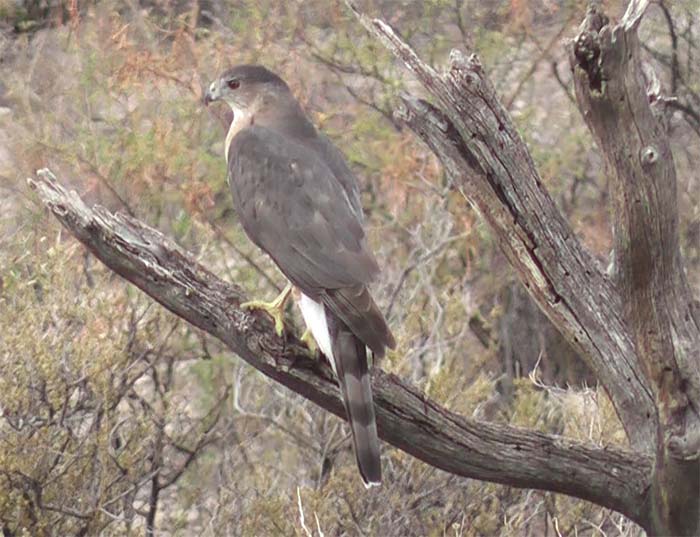 This Cooper’s Hawk was hunting by Bob and Katie’s house.  They are in the Peloncillo Mountains, which lie in between the San Simon Valley & Chiricahua Mountains to the West and the Animas Valley & Amimas Mountains to the East. 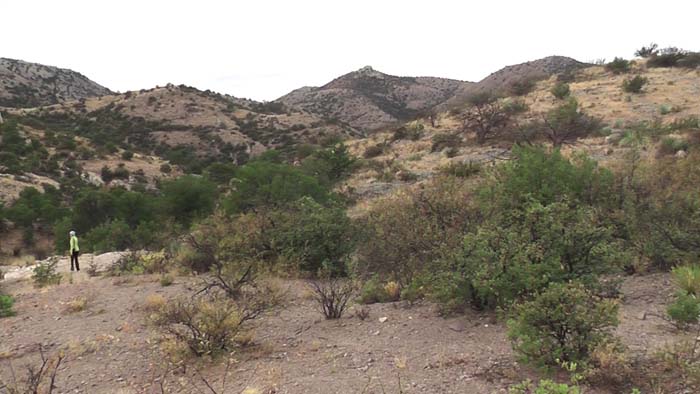 Here’s a shot from up the Canyon looking south down the spine of the Peloncillo Mountains.  That’s Delia.  The elevation here is about 5700 ft. 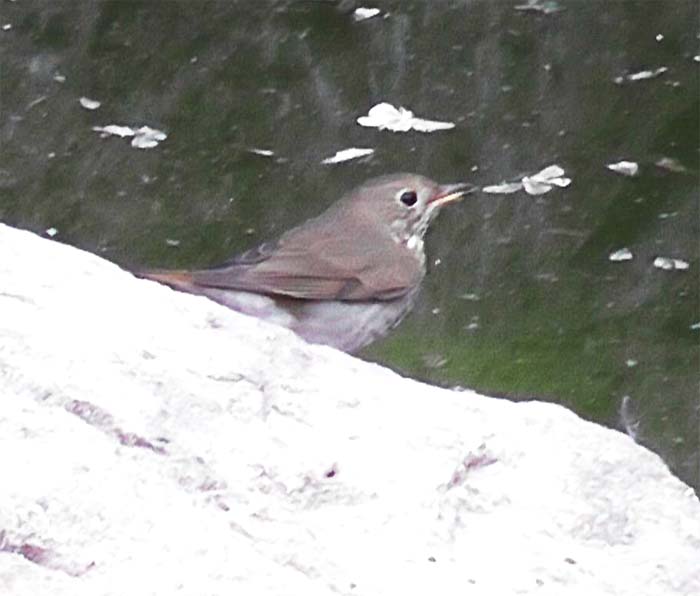 This Hermit Thrush is coming to get a drink from an artificial pond, built with a small concrete dam, that we always hope contains “permanent” water. 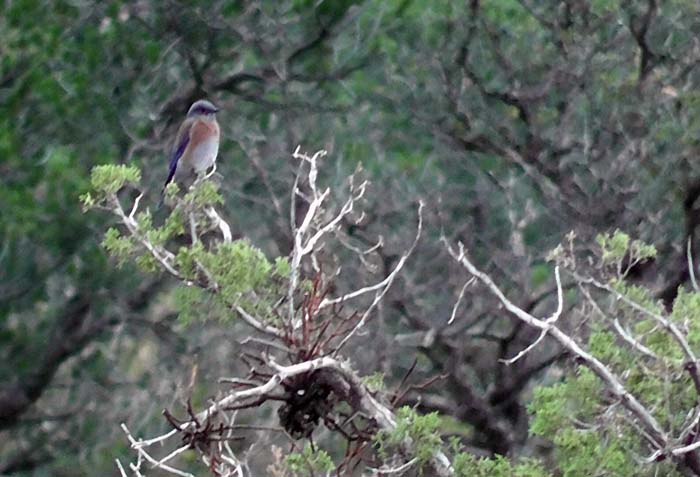 A Western Bluebird in a Juniper in Post Office Canyon.