Getting some joy from nature as winter churns on
13741
post-template-default,single,single-post,postid-13741,single-format-standard,theme-bridge,bridge-core-3.0.1,woocommerce-no-js,qode-page-transition-enabled,ajax_updown_fade,page_not_loaded,boxed,,side_area_uncovered_from_content,overlapping_content,columns-4,qode-child-theme-ver-1.0.0,qode-theme-ver-29.3,qode-theme-bridge,wpb-js-composer js-comp-ver-6.9.0,vc_responsive,elementor-default,elementor-kit-12768

Getting some joy from nature as winter churns on 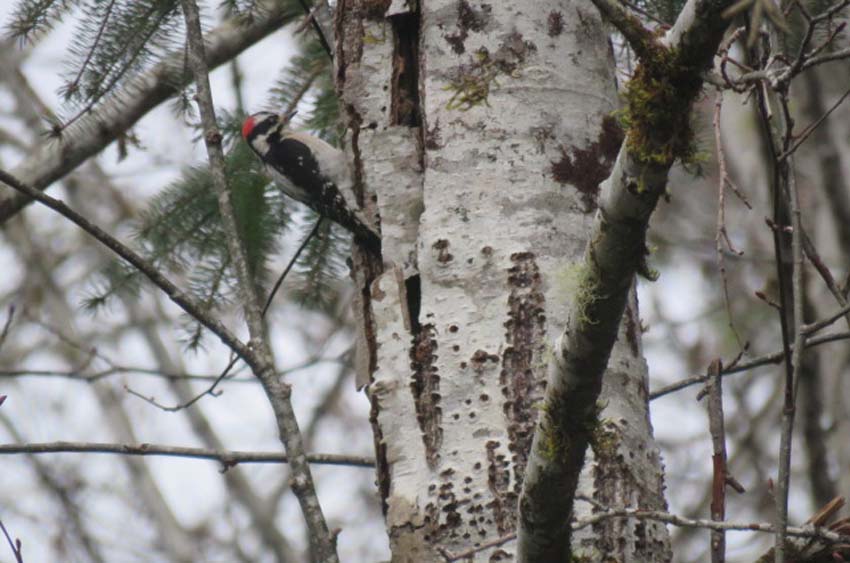 07 Mar Getting some joy from nature as winter churns on

Posted at 05:36h in sightings by EdNewbold 0 Comments
0 Likes

This winter we have sauntered out to Granite Creek in hopes of seeing the White-winged Crossbill flock that seems to be stationed there but are not always easy to find– We dipped on them thrice, but each time were moved by the beauty of the Middle Fork and it’s beautiful old-growth forest and the hearty birds that make it a home.  This shot from Granite Creek features a Downy Woodpecker trying to give me an idea for a new Christmas Card.

This Douglass Squirrel got our attention by vocalizing loudly. This is a critter I don’t normally think of as glamorous, which is sort of a theme of this blog, but this one looked like it just came out of the Salon.

And a female American Kestrel at North Fork Access (Skagit River, near Conway) proves that Kestrels are always in the running for cutest bird. Just don’t let any Voles vote! Although that might be Voler-suppression! The more colorful male gets a lot of the pixels that are published but females are just as gorgeous really.

I always try to get Dipper shots that show them swimming like a Duck. While not in focus (who needs focus!) this is my best Dipper-Duck photo yet, from the Middle Fork of the Snoqualmie.

This shot is from Weyerhaeuser Pond, a place that sadly may lose much of its forest surroundings if a neighborhood group trying to save it finds it is too much of a heavy lift. The Double-crested Cormorant, looking tropical with its orange throat, seems to be contemplating the Ring-necked Duck, and come to think of it, that might be what is happening.

This is another Cormorant that is common in this area, though only in the salt water, the Brandt’s Cormorant. This bird is on a buoy in Eagle Harbor on Bainbridge Island. Notice the breeding plumes on the middle bird. You won’t find pictures of this in Sibley or Kaufman, two bird ID books, probably because they are only useful in identification for a short period of time each year. I knew about the plumes on the neck, but not about the ones on the back. Seeing this and taking this photo has changed the way I think of Brandt’s Cormorants. I always liked them, but now I’m thinking of them as a glamour-bird.

These two shots from Juanita Bay Park capture the fluorescence on a Green-winged Teal’s wing. There’s no way I know of with acrylic paints to duplicate this.

The Wood Duck is a bird that is generally conceded to be glamorous as this typical shot sort of implies. But look at the next shot, also from Juanita Bay Park in Kirkland, WA.

I have a whole chapter in my book (available on this website) about photography versus painting and their respective relationship to our perceptions of truth. This is just the type of photo I talk about there. If I were to paint this, it would look incredibly unrealistic, and no one would accept the premise. It doesn’t make an especially great photo either, but at least no one would challenge it. It’s interesting to me in the way it just shows the world is more unexpected than you’d think. The bird in front is a Wilson’s Snipe and the shots are from the middle of February.

We were out at Fort Flagler trying to get distant shots of Black Oystercatchers that were so far away the red of their bills was only barely apparent in the photos, when this Bald Eagle flew right overhead. Being that there are so many of these in the Northwest here, this is a common occurrence but what is truly a rare event is that I wasn’t too slow and didn’t accidentally turn the camera off as I was trying to get into position.

I’ll end for now with this other shot from Flagler, of a male Northern Harrier, Harriers are all extremely great-looking in flight. This is a classic poor shot, with a lot of things wrong with the photograph technically, but the bird really pulls it up a lot.

In photographing Nature, there is always a bias for photographing the rare and unusual. But I hate to give the more “common” birds short shrift. The other day a friend posted a closeup shot of a resting Mourning Dove and it blew me away-I forgot or never knew they had a lavender patch on their breast and “accessorized” patches of color around the eyes and bill. This pair of Mallards was at Marymoor Park on March 17 and reminded me that our most commonly-seen duck would be a great prize for everyone if it happened to be rare.

This Northern Shrike was at Marymoor also on the 17th, apparently there were even two there. It seems this bird has no plans to ever take off its mask regardless of what Anthony Faucci has to say.

Warming temps are making us forget about the winter. One of the many advantages of a recirculating creek is that it tends to get open quickly after a snowstorm and can afford birds a chance to bathe and drink. These Robins were in Butyl Creek in our backyard during the big February snowstorm of 2021.

At the end of March this Harlequin Duck pair was loafing on the rocks at the Charles Richey Park in West Seattle.