Birds are movin and groovin; watch the movie!!!
14082
post-template-default,single,single-post,postid-14082,single-format-standard,theme-bridge,bridge-core-3.0.1,woocommerce-no-js,qode-page-transition-enabled,ajax_updown_fade,page_not_loaded,boxed,no_animation_on_touch,,side_area_uncovered_from_content,overlapping_content,columns-4,qode-child-theme-ver-1.0.0,qode-theme-ver-29.3,qode-theme-bridge,wpb-js-composer js-comp-ver-6.9.0,vc_responsive,elementor-default,elementor-kit-12768

Birds are movin and groovin; watch the movie!!! 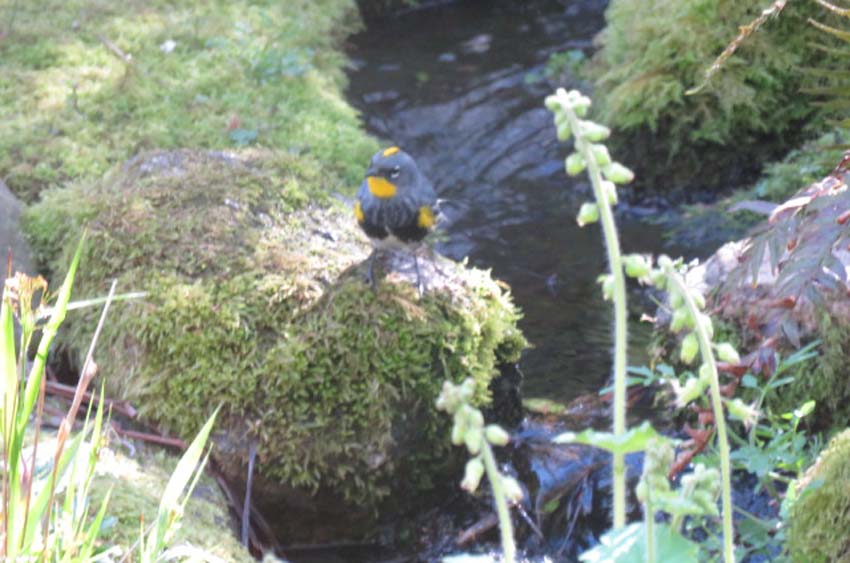 02 May Birds are movin and groovin; watch the movie!!!

Posted at 02:54h in sightings by EdNewbold 0 Comments
0 Likes

We had a nice migration fallout on Beacon Hill today, May 1st, by far the biggest pulse of the year so far. Mainly Yellow-rumped Warblers, but also including Wilson’s Warblers, Orange-crowned Warblers, a MacGillivray’s Warbler and a Black-throated Gray, plus nice non-warblers: several Warbling Vireos, a Hermit Thrush, a Lincoln’s Sparrow, a Red-breasted Nuthatch, which along with the regulars including a Red-tailed Hawk in the distance added up to 22 species for the day and the month. All of these bathed or tried to bathe in Butyl Creek, at times it was congested. At one point there were 11 Yellow-rumps in the creek at one time, and we caught that moment on video although the video only showed a section of the creek with 7 individuals.

Now you’ve heard the prose report, if you would like to see the movie these birdies made, hit the following link:

The music in the video is Movin and groovin by Duane Eddy and Your Wicked Ways by Richard Freitas.