Posted at 22:34h in sightings by EdNewbold 0 Comments
0 Likes

The Violet-green Swallow family living in a nestbox on our house has fledged three or more babies.  Here is the Mom at the box. Mom had no problem with me taking photographs. 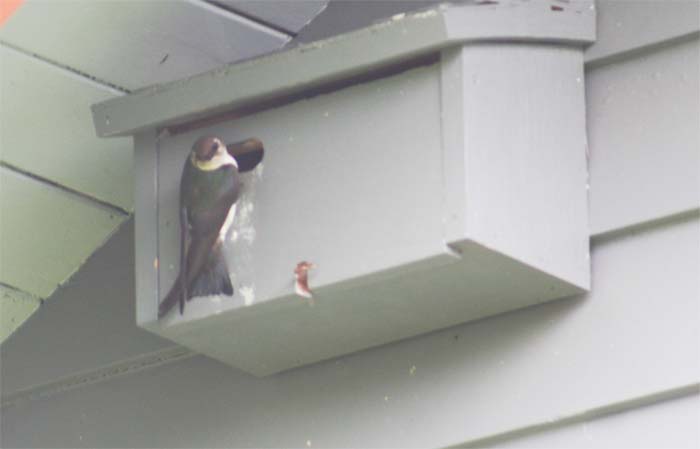 I wanted to get a shot of the Dad, who is more colorful, but every time I camped out on the front stoop with my long lense, he got very wary and would circle back and not land on the box.  I no doubt could have forced the issue by waiting, but the last thing I wanted to do was give this family a hard time, so no pictures of the Dad.  Here is an old shot of a Dad from the 2000s, possibly a blood relative of this Dad.  Other Dads haven’t been so nervous. 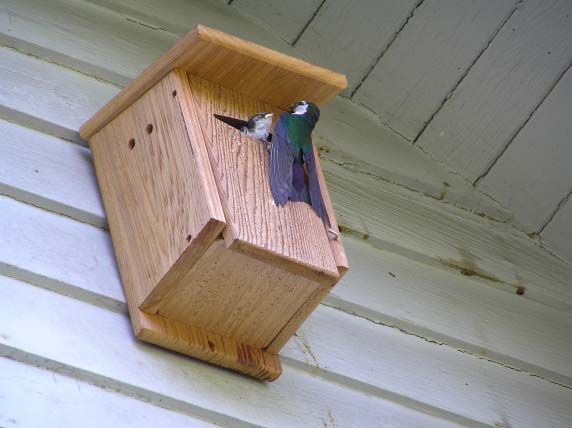 And here are two of the at-least-three babies with their heads out of the box.  The family brings the kids back to the box for up to a week unless foraging conditions aren’t good in the area.  It’s getting dry in Seattle now so the family may head to more productive foraging grounds any time. 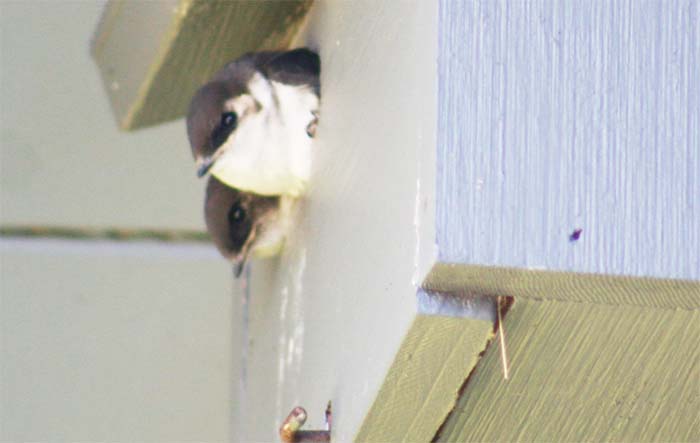 It’s been a slow spring and summer getting shots of critters.  Back in the spring I took this shot of a Cinnamon Teal pair at North Creek Marsh.  North Creek is up by Bothell, and is a good place to look for Rails although we didn’t see any this time. 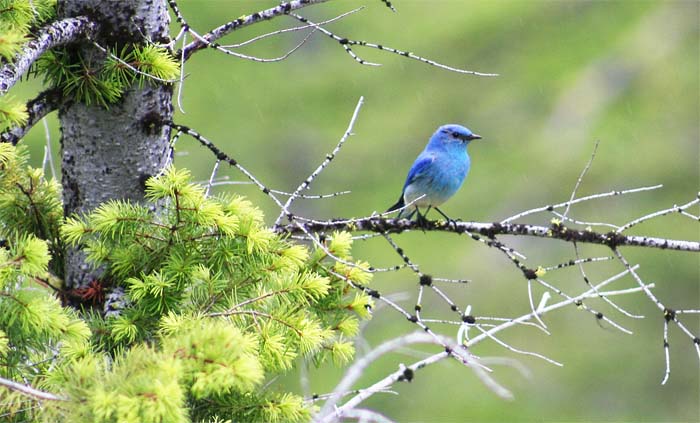 This is a shot from earlier in the summer from a clearcut in the mountains of the Taneum Creek drainage of a male Mountain Bluebird.  Bluebirds could only ever have had one name, what a lovely group and the Mountain Bluebird is the most ethereal of the lot. 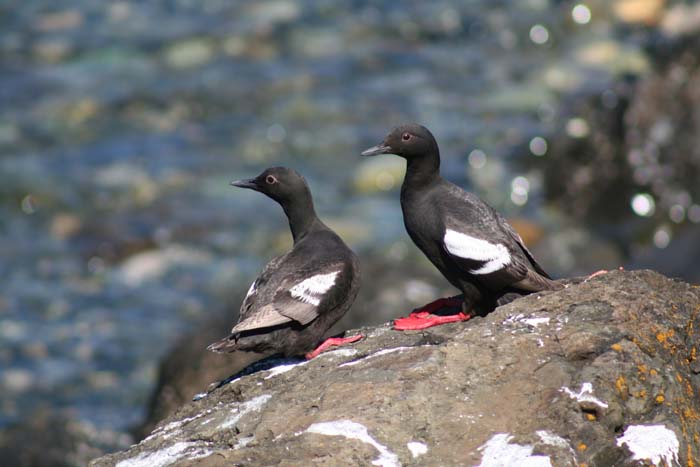 We were up visiting my aunt on Whidbey Island and found this pair of Pigeon Guillemots at the Keystone Ferry landing by Crockett Lake where they are doing Guillemot restoration work.  These birds, related to Puffins, seem to be devoted to each other.  All the Guillemots there appeared to be paired up and surprisingly tame.  When Ed gets a good shot, the bird is probably tame.