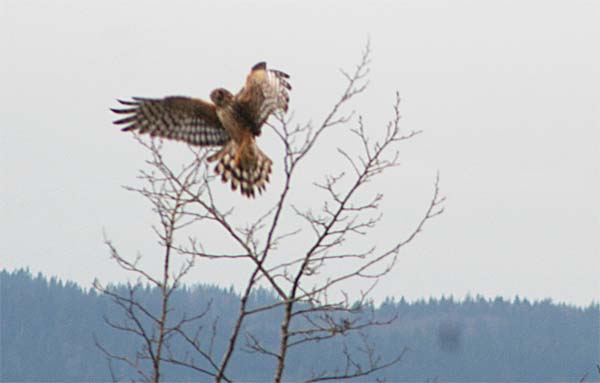 Posted at 06:45h in sightings by EdNewbold 0 Comments
0 Likes

I arrived in Seattle in 1976 and late that winter in ‘77 I saw a juvenile Golden Eagle with a clear white subterminal band on the tail perched on driftwood in the Skagit Wildlife Recreation area marsh near Conway, WA.  Today Delia and I went up there with friends Chris Maden and Kim Riddell and I saw my second one,  just 34 quick years later. 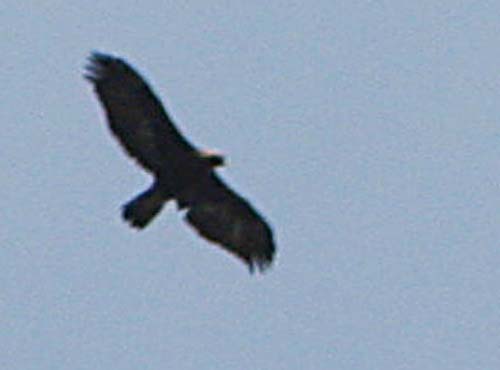 Did I say my photos of it were National Geographic quality?  I must have misspoke. The bird was soaring very high above a soaring Bald Eagle when we saw it, and it never came back down.  This shot  shows the rectangular tail shape of a Golden and it’s back-slung profile, long slender wings with the butterfly effect (narrow near the body) and even the golden mane. 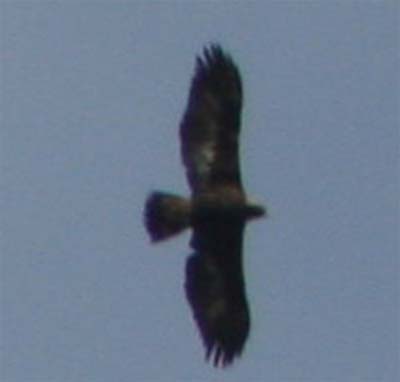 This is another shot of the Golden Eagle. 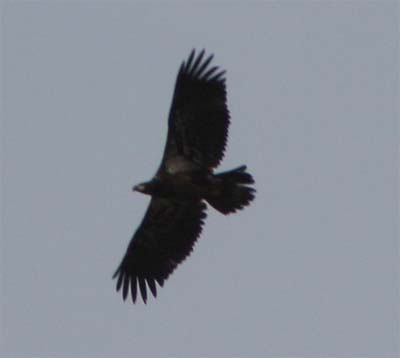 And this is a comparison of shot of a soaring Bald Eagle that was taken a few minutes later.    I’m betting this bird is a female, with those big wings. Balds have a straighter wing line, among other things. 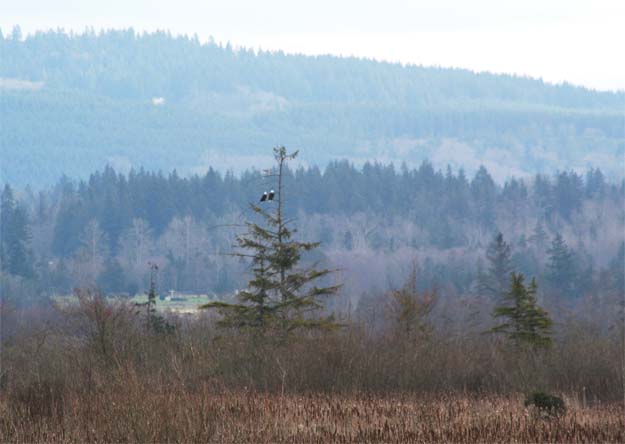 Staying on the subject of Eagles, we looked south toward Everett and this scene seemed so classicly Northwest.   The title of that is Eagles in Love.

And staying with birds of prey, This Northern Harrier landed on a tree.  The Northern Harrier is one handsome bird.  We also saw Sharp-shinned, Coopers Hawk, Peregrine, Merlin, Rough-legged Hawks and Short-eared Owls today, the last two at the north end of our trip. 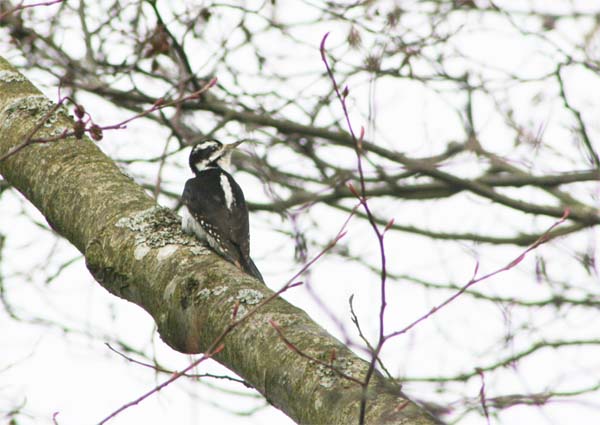 But I’m getting ahead of myself.  We saw this female Hairy Woodpecker get some grubs on the trail at the WRA. 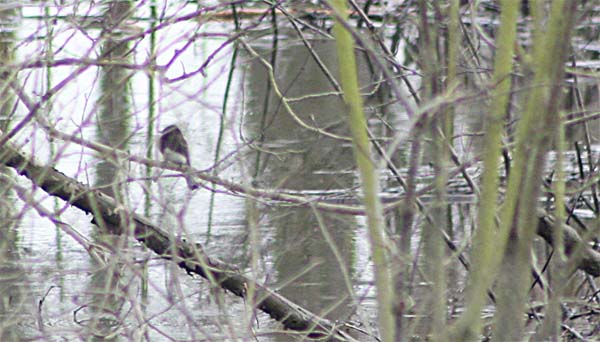 And after my long blog post about a Black Phoebe in New Mexico, from September, it was nice to see one out of it’s normal  range.  This bird has been reported on tweeters , the bird sightings chatline, for some time and we were delighted to finally see it.

We also saw an early Barn Swallow, Tree Swallows, Band-tailed Pigeons, a Western Meadowlark, a Greater Scaup, lots of Snow Geese and Great Blue heron, and many of both species of swans.  Here are 4 Trumpeters. 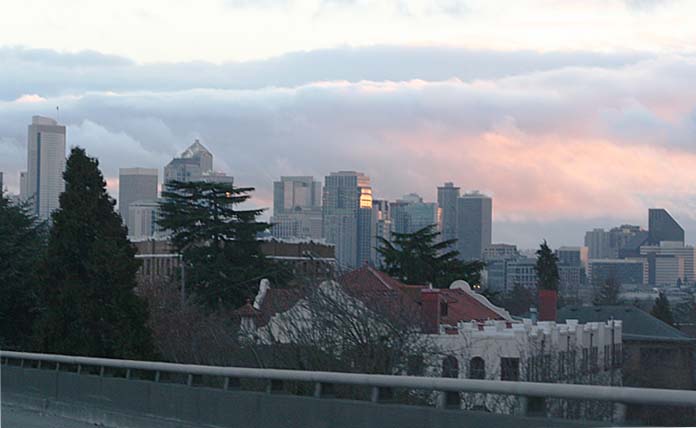 But despite lots of exciting bird activity at West 90 on the Samish Flats the cold rain turned us back and we made it back to Seattle in time for this shot I took out of our speeding car on the I-5 bridge.  Sometimes nature can help make even a city look pretty good.