Parks is trying hard to paint a picture of Cheasty as a worthless basket-case of a dying ruined forest, victim of neglect and non-native species.  Let’s put aside for now the fact of Park’s responsibility in Cheasty’s current condition and also put aside the very pertinent question of whether it’s current condition should be linked in any way to any decision Seattle makes about whether mountain biking is appropriate there. 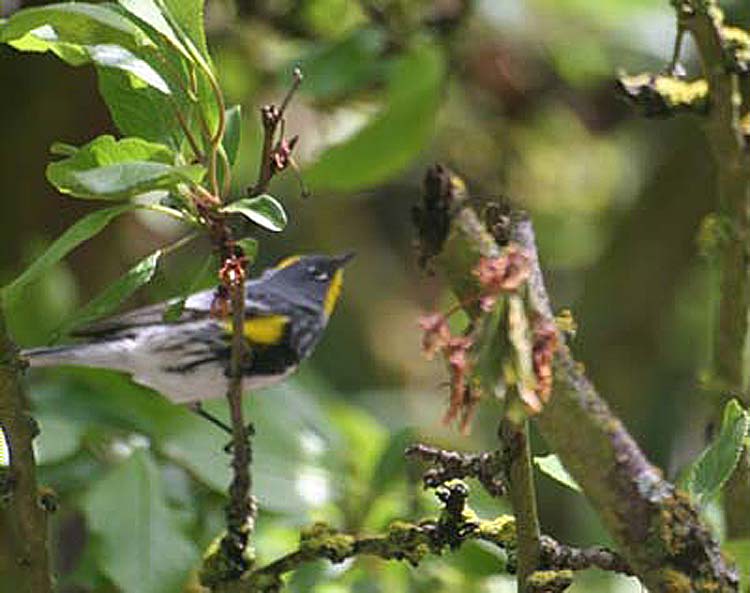 Still, Parks is quite right in pointing out that the invasion of English Ivy in Cheasty—though far from unique in Western WA lowland natural areas–is a very real problem.

But then in almost the same breath Parks points to the Norway Maple as though it presented the same issue.  Some of the oldgrowth Maples in Cheasty are Norway Maples rather than the local species, Big-leaf Maple.  Here Parks is way way off base.  Norway Maples are far from invasive, occurring mostly where they have been planted, (they were planted in Cheasty) and function in the Northwest ecosystem about the same as a Big-leaf Maple.  The presence of old-growth Norway Maples I would argue should be viewed as a positive for Cheasty, not a negative.

Restoration planners should step back and look at the situation from the lense of overall biodiversity rather than simply asking in a mind-dead-kind-of-way whether a given plant is native or not.

When a Warbler flies up from Central America, it doesn’t spot a  Norway Maple and say, “No, that’s a non-native, I refuse to forage on that tree.”  In our neighborhood on Beacon Hill there is a large old Norway Maple that has never ceased to amaze me in spring:  For a two or three week period in late April to mid-May, this tree in past years has hosted 10 to 20 Warblers nonstop foraging for insects  on its many branches.  (Mostly Yellow-rumped Warblers, also Orange-crowned and Wilson’s, as well as Western Tanagers and other species at times.)  For the cadre of birds that are deeply embattled in Seattle in 20-teens, such as Evening Grosbeak, both breeding Warblers, Downy Woodpecker, Vaux’s Swifts and all the aerial insectivores, and Black-headed Grosbeak, etc, an oldgrowth Norway Maple is going to be a good thing, not a bad thing.  To remove a tree like this in the name of some type of environmentalism goes beyond bad judgement and verges into conflict-of-interest-style corruption.  The Norway Maples are being classed with the Ivy in a concerted attempt to overstate how bad Cheasty’s condition is, and Parks is hoping we just take their word for it. 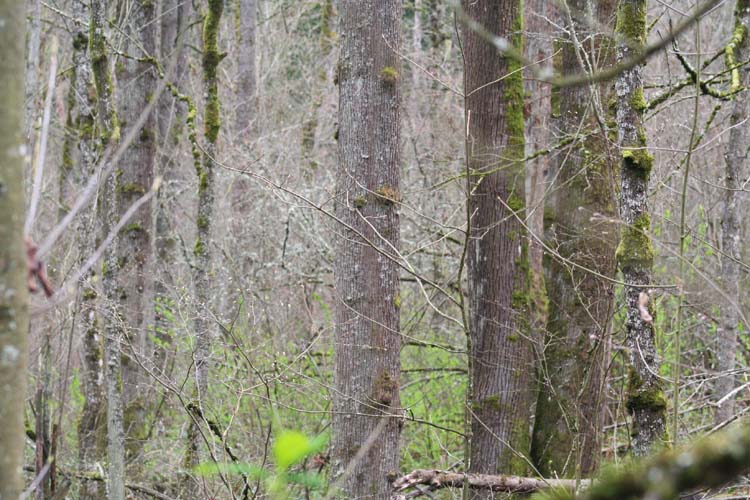 At the March 25 2014 meeting at Jefferson Community Center, we heard how wonderful the bike park will be.  We heard that it will be the only place in the entire city where a person would be able to mountain-bike.  We heard how cool the trails and jumps will be.

Then when somebody asked “What about parking?”  to my astonishment, Parks spokespeople and mountain bikers joined in a loud and dismissive chorus:  “Oh, this won’t draw that many people.”

So here’s a question for Parks:  Will this draw a lot of people and create a parking problem or will this be more or less a failure at drawing people and not overburden the tiny amount of parking available now?