Not all bad news from the southwest
14560
post-template-default,single,single-post,postid-14560,single-format-standard,theme-bridge,bridge-core-3.0.1,woocommerce-no-js,qode-page-transition-enabled,ajax_updown_fade,page_not_loaded,boxed,,side_area_uncovered_from_content,overlapping_content,columns-4,qode-child-theme-ver-1.0.0,qode-theme-ver-29.3,qode-theme-bridge,wpb-js-composer js-comp-ver-6.9.0,vc_responsive,elementor-default,elementor-kit-12768

Not all bad news from the southwest 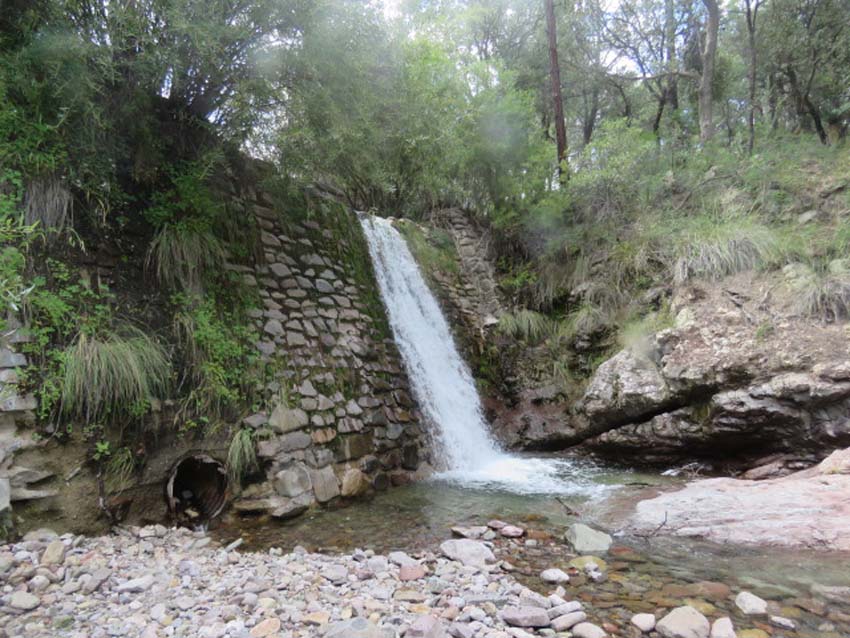 21 Sep Not all bad news from the southwest

Posted at 02:02h in sightings by EdNewbold 0 Comments
0 Likes

Delia and I just got back from the bootheel of New Mexico today, from a visit that was too short.

Not all the news from the Southwest this year is bad. There was a monsoon, rather than the newly common “nonsoon” that everyone who cares about things down there fears mightily.

When we told our friend Jeanne Williams about the waterfall we swam at the bottom of, she realized it wasn’t a waterfall she didn’t know about so much as a waterfall that doesn’t exist for much of the time, especially lately.

Delia wasted no time diving into the pool at the bottom of the falls.

I wisely waited till I saw Delia didn’t get caught in a rip tide or something, although I guess those are at the ocean.

The good monsoon was apparent as the Chiricahua Mountains looked alluring in the soft light of the afternoon. These scenes are in Arizona, across the valley from us and across the state-line.

And we also swam in the “bathtub,” a spot in the south fork of Cave Creek that has been used as a swimming spot for decades by locals and hikers but sometimes it’s only good for getting your feet wet, as the monsoons have failed in the last few years, but not this year. Delia is in full street dress here; I claim now to have done the American Crawl in Cave Creek.

Another spot that looked decidedly green and healthy was the San Pedro River, our last free-flowing desert river in the country but one that is threatened with water-mining that could disappear it as other desert rivers have been disappeared. Here the San Pedro is full and flowing!

This Gray Hawk was hunting the riparian forest on the San Pedro.

That’s the riparian forest of the San Pedro behind Delia.

And here it is at sunset. We saw a beautiful all-red Summer Tanager in the forest, plus a Black-crowned Night Heron, and Black Phoebes. We looked for a Yellow-billed Cuckoo which has been observed there recently.

Another thing that was quite noticeable was the number and diversity of Butterflies in all the natural places we visited. This is a Black Swallowtail at the ranch.

A young Rivoli’s Hummingbird near the North Fork of Cave Creek in Arizona. The young birds are gorgeous, but they lack the glamour of the adult male that I couldn’t get a shot of. Like the Blue-throated Mountain-Gem, (also present in the Chiricahuas) this is a very large hummer, approaching the physics-driven size limits that a bird can reach and still be a hummingbird.

Not trying to bomb the other counts as true love between Rufous Hummingbirds, at least in the off-season. They must have been sweet on each other..

There was a slight push of American Kestrels probably migrating to Mexico now that the winter is setting in.

This is a Black-tail Rattlesnake in the carport that was very friendly. We encountered a Diamondback near the bodega that seemed grouchy. When they rattle loudly and often, it only makes it even easier to give them a wide berth. It’s sad that southwestern cities like Phoenix and Tucson rarely let a ground-cover plant live because people are so afraid of Rattlesnakes. They developed the Rattle probably to keep big animals like Bison from stepping on them. The rattle helps everyone and when they are killed after rattling, evolutionary pressure is put on them to give up rattling, so it’s a case of humans working against Nature as well as their own self-interest yet again.

Our mountain range, the Peloncillos, didn’t really share in the rain bounty, although it seemed to have gotten a decent minimum amount of water from the monsoon. The land needs rain but it also needs spaced rains as the summer grasses have four different jobs to do and each one needs a rain, about a week and a half apart. But the Oaks and others also want some gully-washers. We never got a big rain, but we did get smaller rains I believe well-spaced, sort of reminding me of the Rolling Stones song, you can’t always get what you want, but sometimes…

We got a teasing rain the day before we left, maybe .03 inches. Here Delia is hoping for more. At least it got the deck wet.