Paintings from the Pennsylvania diaspora

15 Jan Paintings from the Pennsylvania diaspora

Posted at 02:03h in On the Easel by EdNewbold 0 Comments
0 Likes 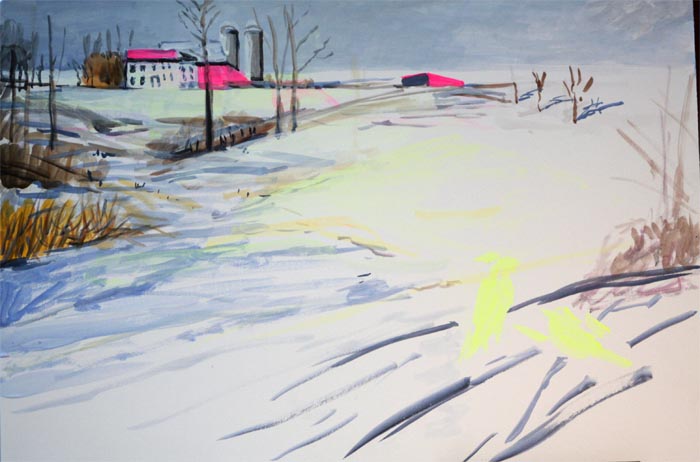 A few years back there was a news article on the radio about the Pennsylvania diaspora.  I believe the PA gov’t had a pilot program then to try to woo back former residents who had left upon coming of age.  Being a member of that diaspora, I was flattered to think anyone might want me somewhere (not used to that idea).  I remember my brother one evening pointing out a scene we were at one evening and saying in his mind no place could be more beautiful. It was a meadow with a stream heading into woods near his workplace in SE PA.  I didn’t hesitate to agree. 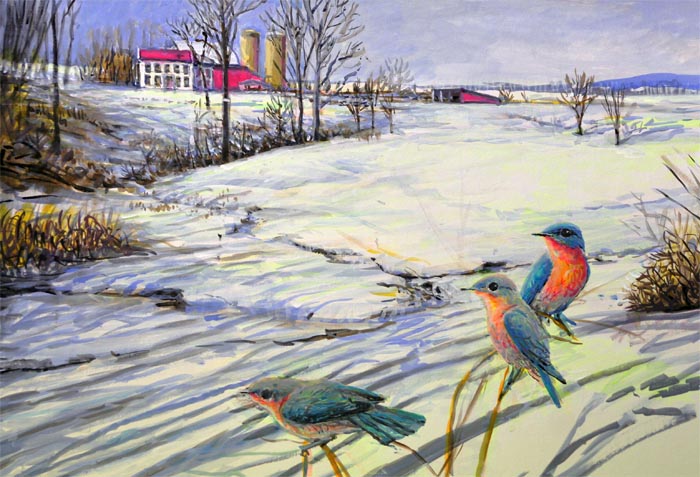 For a planned winter (usable as Christmas cards-but to be retailed year-round) card series I’m doing at least two more Pennsylvania scenes.  This is our neighbor’s barn from where I lived growing up. 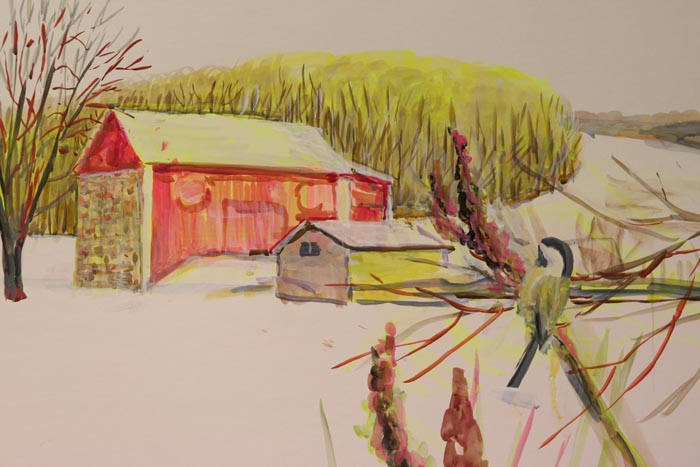 To tell the truth, I don’t remember exactly where or whose barn this is, but it’s from a shot me or my brother took a decade or so ago.  I’m altering the landscape behind it, adding a hill from somewhere right around where I grew up.  Barns were a dime a dozen when I was growing up, I don’t have to visit PA to know that day is fast departing. 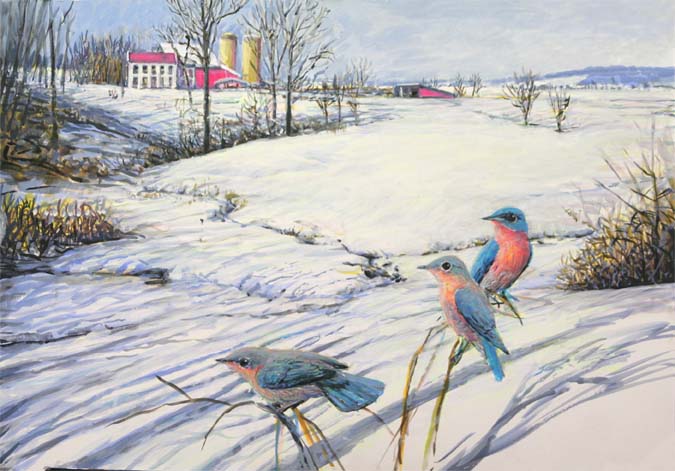 January 27, 2011. I got a set of shots in email from a cousin in PA taken this morning that showed snow quite a bit deeper than I’m portraying here.  I’ve got to work on the male Bluebird’s head, and tweak alot of things, the vision is better than the reality here. 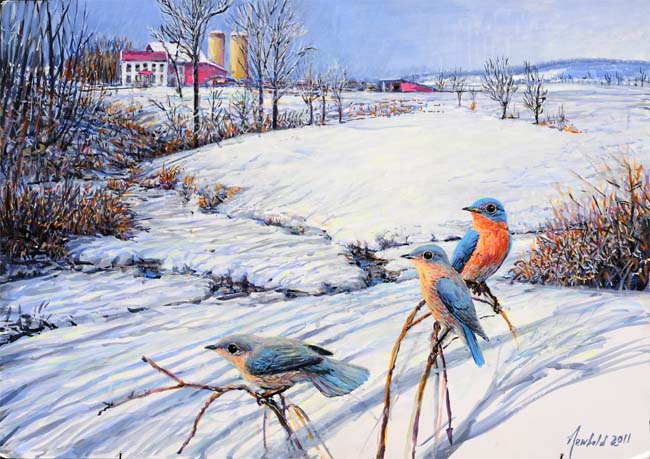