Sill excited to be painting after my first 1/3 Century
8274
post-template-default,single,single-post,postid-8274,single-format-standard,theme-bridge,bridge-core-3.0.1,woocommerce-no-js,qode-page-transition-enabled,ajax_updown_fade,page_not_loaded,boxed,,side_area_uncovered_from_content,overlapping_content,columns-4,qode-child-theme-ver-1.0.0,qode-theme-ver-28.8,qode-theme-bridge,wpb-js-composer js-comp-ver-6.9.0,vc_responsive,elementor-default,elementor-kit-12768

Sill excited to be painting after my first 1/3 Century

Posted at 17:09h in On the Easel by EdNewbold 0 Comments
0 Likes

I’m closing down my first 1/3 century effort at painting and beginning my second.  My motto for the second, unlike the first, will be “Don’t paint hard, paint smart.”

No the problem with that is I’d have to be smart.  I’m just going to plow along one brush at a time just like I always have.

One painting that has been characteristically slow and resistant is Bottle Beach, the shorebird painting of Grays Harbor, and running into trouble as usual doesn’t make me want to abandon it, just keep plugging away.  I think the two changes I made have resolved the composition problems that were plaguing it.  I connected the two groups of birds with an added sleeping Western Sandpiper to make it just one group and I turned the head on the leftward big Dowitcher to bring the line strongly back into the painting. 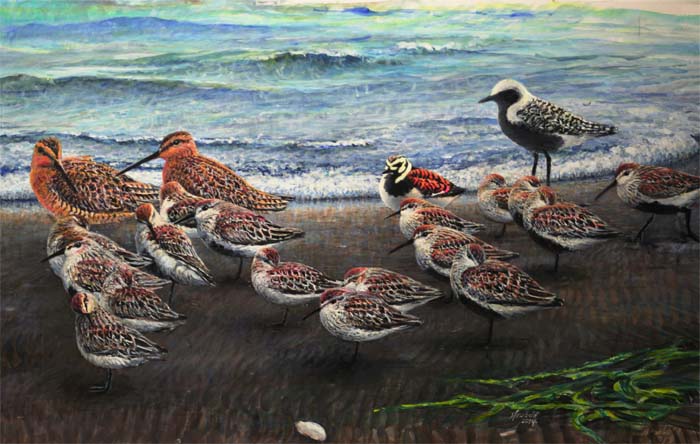 I’m closing in on my third finish on this.  I hope to have this third version out at the store by early August.  It’s not going to be a sales leader, but  I want to pay tribute to the Shorebirds and the role Gray’s Harbor plays on their trip north. 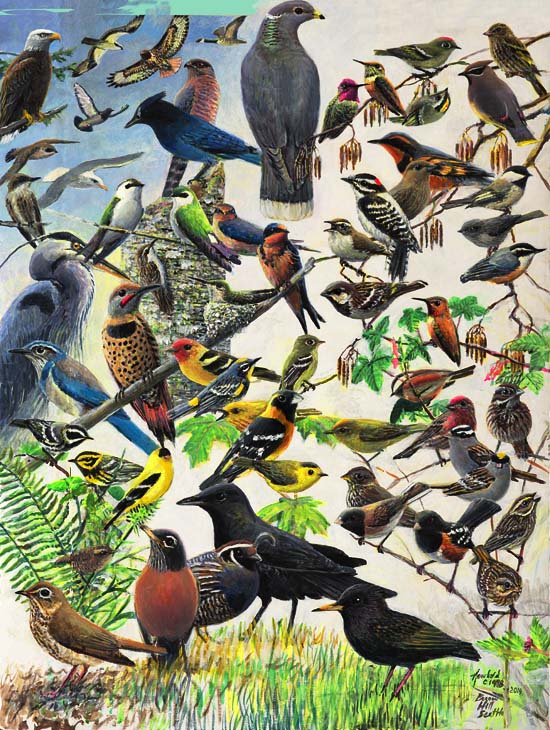 I also am working hard on a painting of Birds of Beacon Hill.  It’s plagued by a different problem.  Some of the birds I painted when I started this in the 90s have become extirpated, such as the keystone Band-tailed Pigeon.  The California Quail was already arguably gone when I started, but there it is in the painting.  I hope to have this finished in one form or another pretty soon.  I expanded the painting in Photoshop to fit more birds in and have work to do to disguise that. 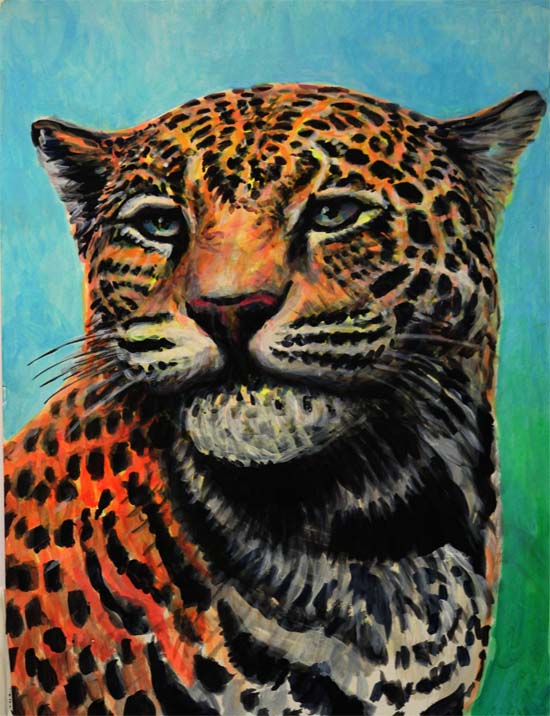 I did start a new painting of a subject I did before, the head of the female Jaguar in the zoo.  Jaguars are quite the predator.   The mountain range we visit in New Mexico was the scene of a well-documented encounter by Wendy and Kelly Glenn with a big tom Jaguar in the 90s just south of where we stay.  The Jaguar in the painting is a female, and I’m looking for the vernacular term for a female Jaguar.  Haven’t found it so far. 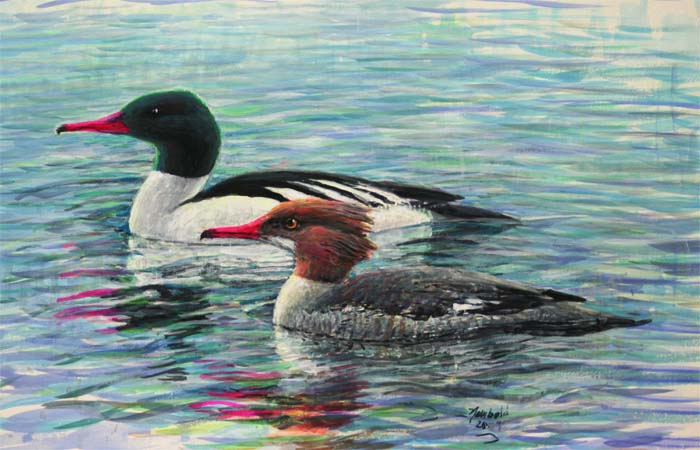 And I went back and worked on an old painting of a pair of Common Mergansers.

I’ve been doing a lot of publishing and prepress.  Here is a new skinny, #3 skinny, I’ll have to get a name for it.  It’s at the store in large and regular sizes.  I predict it will start slow, like most things do, but eventually become one of the top five skinnies in sales.  It really printed great.

Thanks if you’re down here for persevering on this blog post, and happy painting—or whatever—everyone!