Posted at 12:30h in sightings by EdNewbold 1 Comment
0 Likes

I went down Monday with my friend Brian to the Tacoma tide flats.  It always surprises me how big and close Mt. Rainier is from Tacoma since I’m used to the distant view Seattle gets.

We were looking for this Asian vagrant Gull, the Black-tailed Gull, which is very rare in Washington state. Note the black band at the end of the tail on this shot which was taken from Brian’s canoe. Also, note those long wings, which are helpful if you’re flying all the way from Korea.

The rest of the Gulls on the logboom were mainly California Gulls. Here one catches the attention of a Harbor Seal pup by stretching. 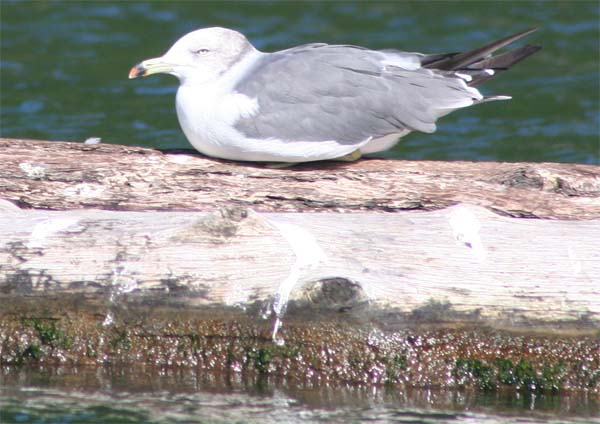 The Black-tailed Gull gets some rest and shows another field mark, the complete red and black band on the bill. 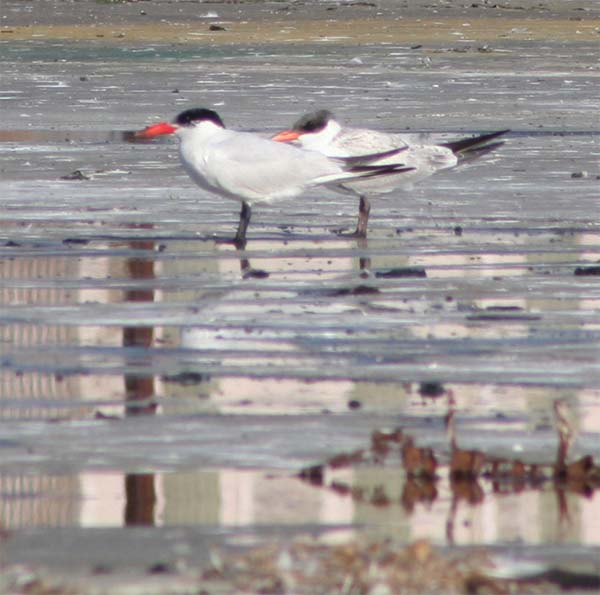 We saw a second rare sight. The adult Caspian Tern—I’ll have to find out whether it’s the mom or the dad or either that cares for the kids (actually, I couldn’t find this out)—has a baby in tow, on the right. Signs of Caspian Tern reproduction are extremely rare this year. I didn’t realize there had been any success after the miserable treatment the Port of Bellingham gave them in their attempts there, and the complete failure of the relocated once-grand Columbia River colony thanks to the massive Federal intervention and avian predators.