Warblers are blasting through Seattle now! 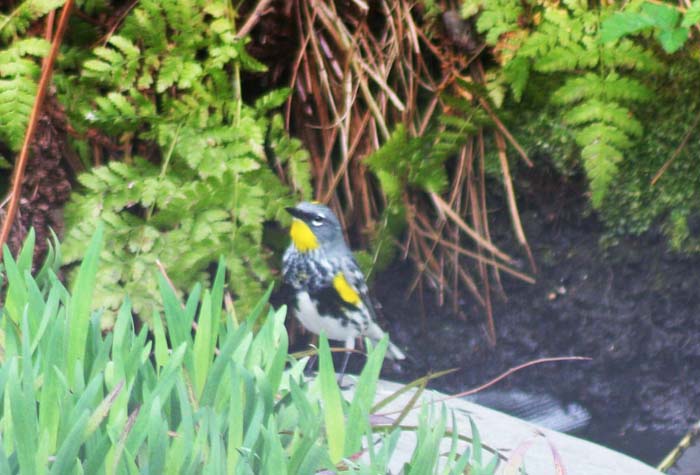 Posted at 16:47h in sightings by EdNewbold 0 Comments
0 Likes

Here on Beacon Hill, the first big wave of the Warbler migration hit on the 26th of April.  As usual the majority of birds are Yellow-rumped Warblers (one male shown scanning for danger before bathing) headed north and upward to the mtns,  but Orange-crowned Warblers and Wilson’s Warblers are also coming through and have stopped at our creek to bathe.

Warblers are compulsive bathers.  We have no data but tend to believe that if a bird is hanging out in our neighborhood, it might be likely to bathe in our creek up to five times a day.  Either that or there are a lot more birds than we think.  With the migration in force our backyard recirculating creek, “Butyl Creek” was  hosting a bather or prospective bather most of the time yesterday. 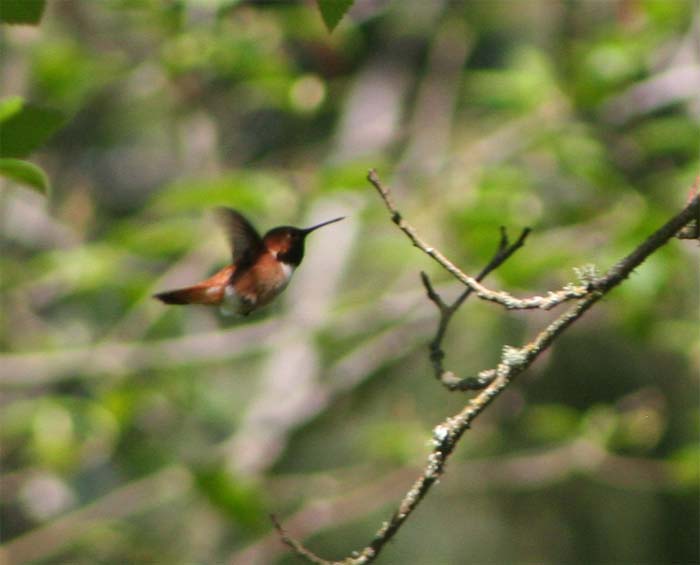 In other bird news  the Rufous Hummingbirds are back.  There was a suggestion on the bird-chat-line Tweeters that populations of Rufous may be way down in some places, and that’s a shoe waiting to drop I’ve been apprehensive about for awhile.  This  male was at Lake Sammamish State Park, where there seemed to be decent numbers, thankfully.

Lastly, is it possible these two Common Mergansers aren’t actually stuck up about how good-looking they are, but are instead holding their heads so they can best see underwater fish?   I’m going with stuck-up.

In any case, an overflying Eagle made them break the pose for a minute.  At Lake Sammamish State Park.