We escape to the Bootheel, experience the joy of rain
8240
post-template-default,single,single-post,postid-8240,single-format-standard,theme-bridge,bridge-core-2.6.1,woocommerce-no-js,qode-page-transition-enabled,ajax_updown_fade,page_not_loaded,boxed,,side_area_uncovered_from_content,overlapping_content,columns-4,qode-child-theme-ver-1.0.0,qode-theme-ver-24.6,qode-theme-bridge,wpb-js-composer js-comp-ver-6.5.0,vc_responsive,elementor-default,elementor-kit-12768 02 Aug We escape to the Bootheel, experience the joy of rain

Posted at 05:30h in sightings by EdNewbold 2 Comments
0 Likes 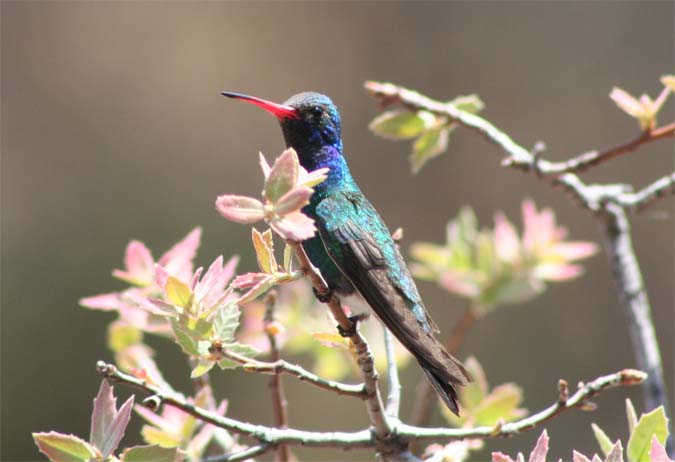 We just got back from the Bootheel of New Mexico, where my parents-in-law live.   There were 3 or 4 hundred Hummingbirds holed up at the Ranch apparently waiting for a few flowers to bloom in the outback, including this Broad-billed Hummingbird. 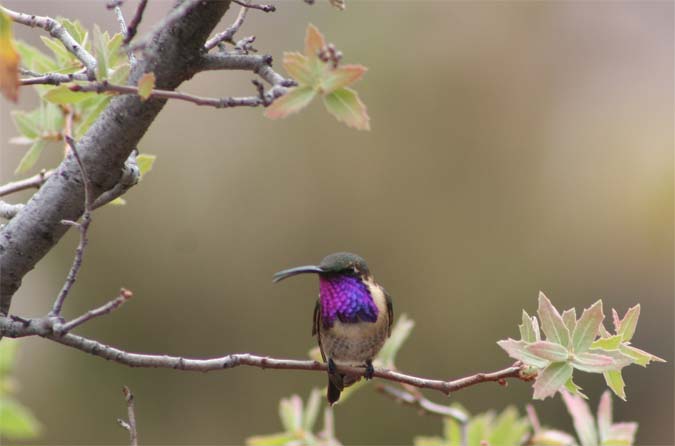 And this Lucifer Hummingbird, which is a regular summer resident at the Ranch.  Lucifer refers to the Spanish word for light, rather than the Devil.  It annoys me that the folks who name birds don’t seem to realize these critters are in a mortal struggle for people’s love and affection, and having first names like Lucifer, Common, Lesser, Least, or Sooty isn’t going to give any of these critters a running start. 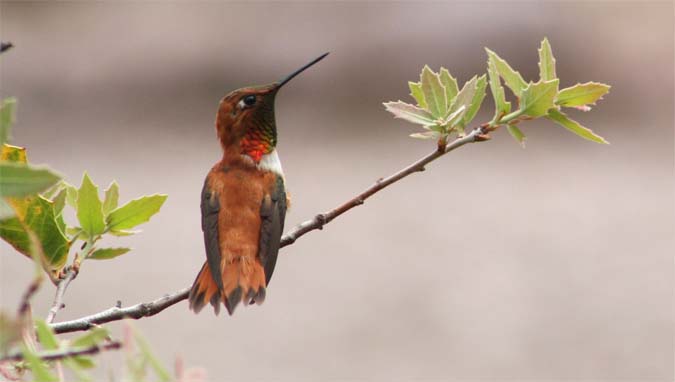 Here is a male Rufous Hummingbird, the most numerous species at the Ranch this visit.  These birds have already done–or tried to do–the breeding thing up North. 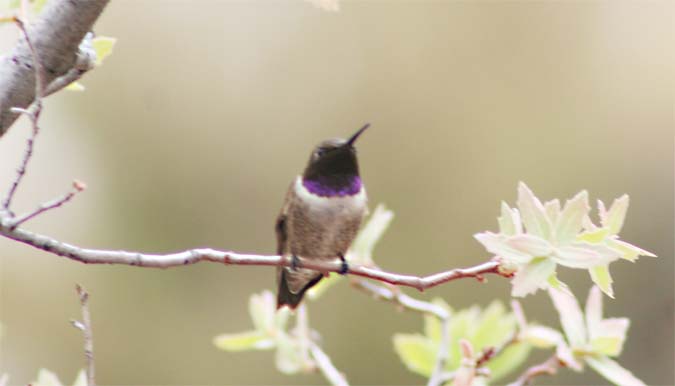 A male Black-chinned Hummingbird, a resident hummer on the ranch. 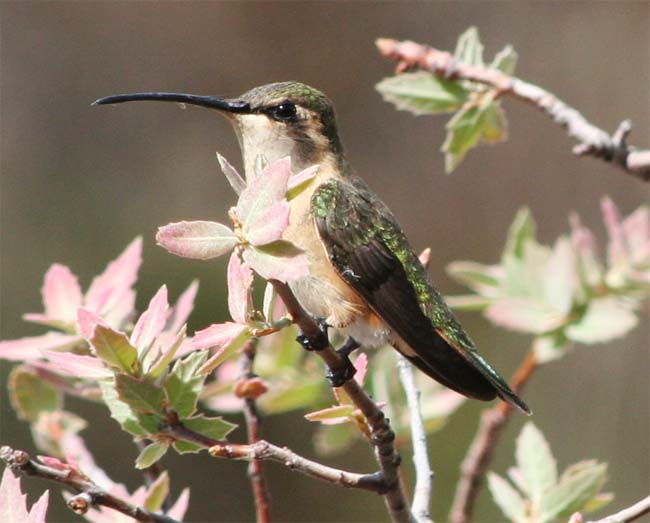 Curved bill and eyeline guarantee this is a female Lucifer Hummingbird. 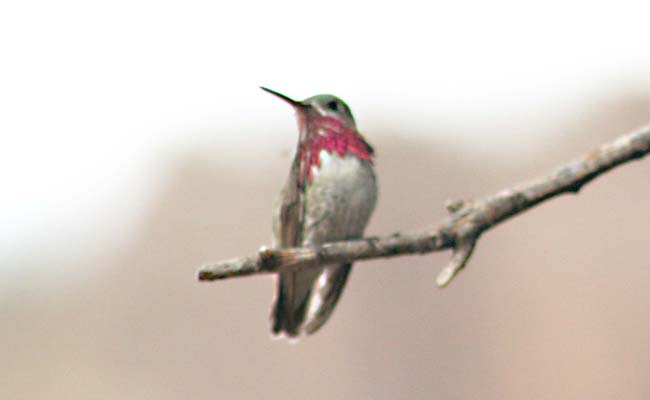 Calliope Hummingbirds were there in lesser numbers.  This is the smallest US hummer.  A Magnificent Hummer was there, but I didn’t get any good shots. 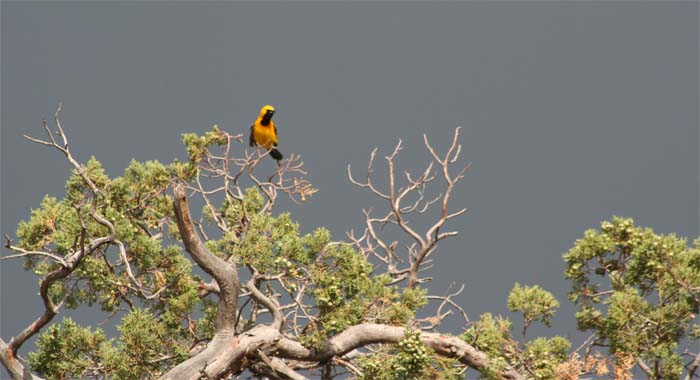 The whole time we were down there we were praying for rain.  Like many places in the world outside of the Pacific Northwest,  New Mexico and Arizona are gripped in drought, with rainfall in the beginning of 2011 lowest in the 34 years my parents in law have been at the Bioresearch Ranch, which is at 5600 ft. +- elevation in the Peloncillo Mountains.  Here a much needed raincloud provides a nice backdrop for a Hooded Oriole perched on an Alligator Juniper. 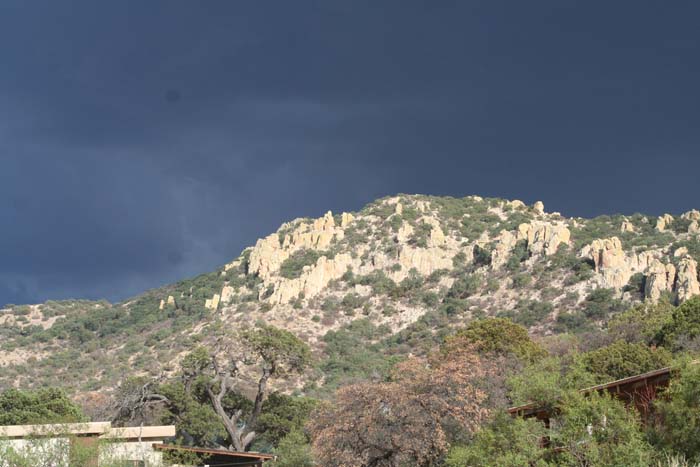 We got 2 inches while we were there, putting July up to 3.44 inches, which was slightly above the 34 year average for July.  One of the storms is billowing up behind the house and the “White Cliffs.”  We watched the storms from the porch, all the while debating exactly how stupid that was, what with the spectacular lighting and thunder show going on. 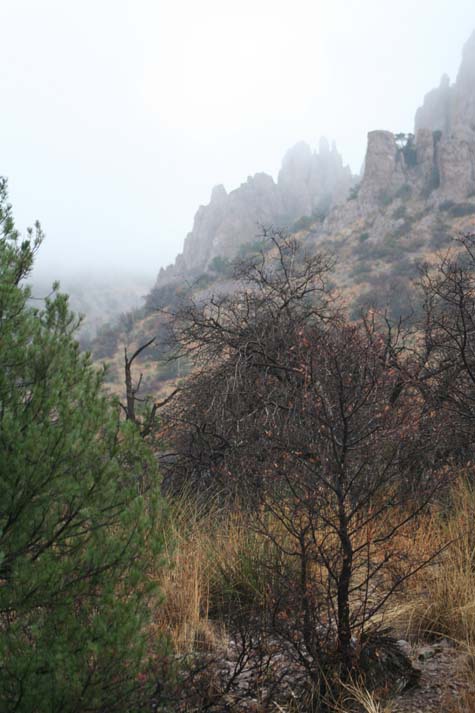 After a rain you get the luxury of mist in the desert.  One of the Oaks here that’s either dead or planning to sprout leaves next week.  If it does green up , it will be thanks to the kindness of rain: “la bondad de lluvia,” to put it in Spanish. 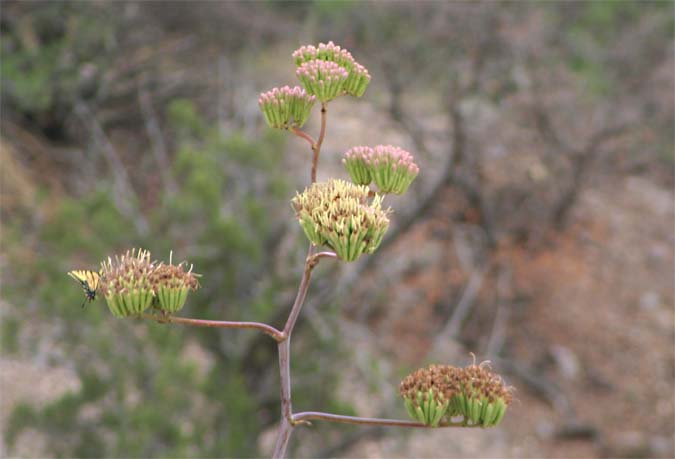 But the effects of the drought (there were huge fires to the west north and south) were everywhere, including in the low number of blooming Agaves, or Century-Plant.  This one is hosting a Double-tail Swallowtail on the left. 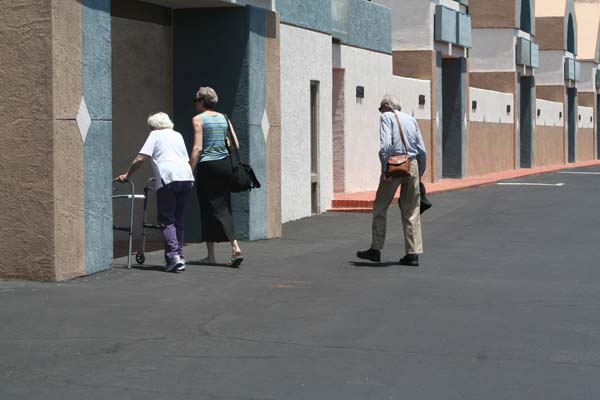 Our purpose in going was partly to escort my parents-in-law Bob and Katie to medical appointments in Tucson.  If you go to Tucson in the summer, bring a winter coat.  The temp outside will be 95, but the buildings will be air conditioned down to 64 degrees.  I almost caught pneumonia in a University Hospital waiting room.  In the past I’ve had to leave restaurants early in order to avoid hypothermia.  The locals don’t mind the cold inside, for some unknown reason. 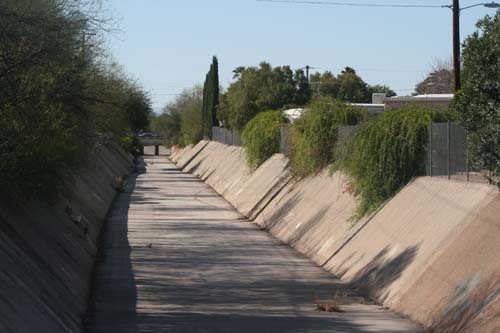 Tucson is an absolutely great town with wonderful people but there’s too much concrete–a creek with concrete walls and a concrete floor is an assault on God and all that is good–and they scrape away all the vegetation from too many places. 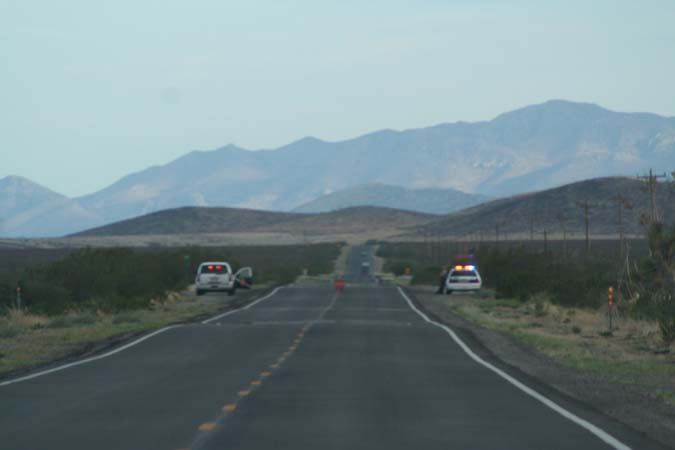 On returning we ran into a document checkpoint.  A very nice woman asked to see our documents.   (Oh, by the way, we’re US citizens).   I wondered why the civil libertarian Left and the Constitutionalist Right can’t ever manage to get together and pass a law to enforce that other the law: the Fourth Amendment. 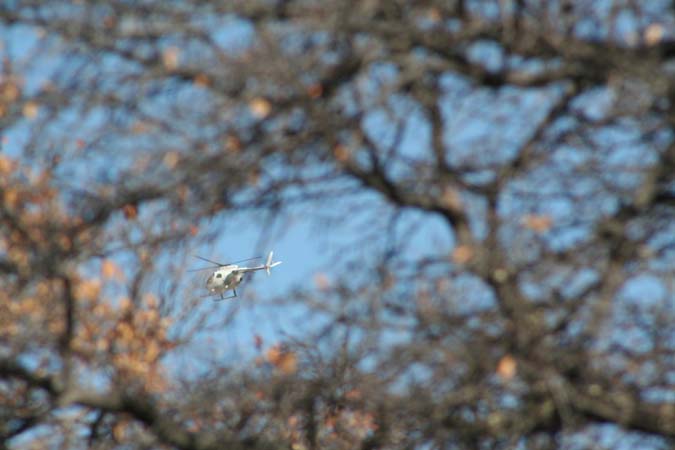 Back at the Ranch there were many low overflights of Border Patrol Helicopters like this one.  On the TV, which we get to watch down there, we heard there is a new Ken Burns documentary coming out on Prohibition that may convince many of the futility of Prohibition II, the War on Drugs. 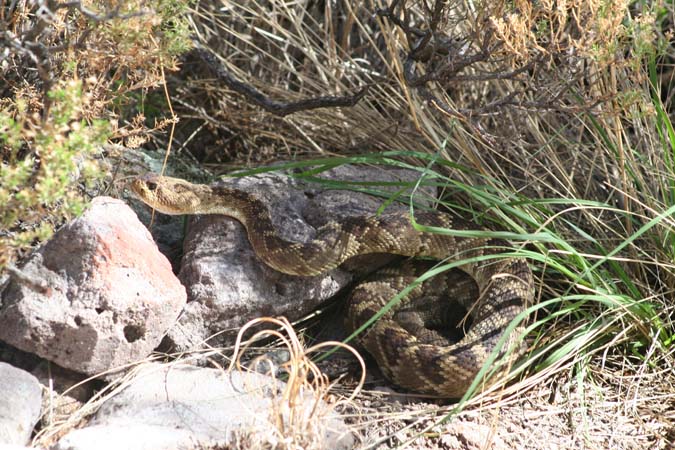 To change the subject, this Blacktail Rattlesnake was very placid and didn’t even rattle. 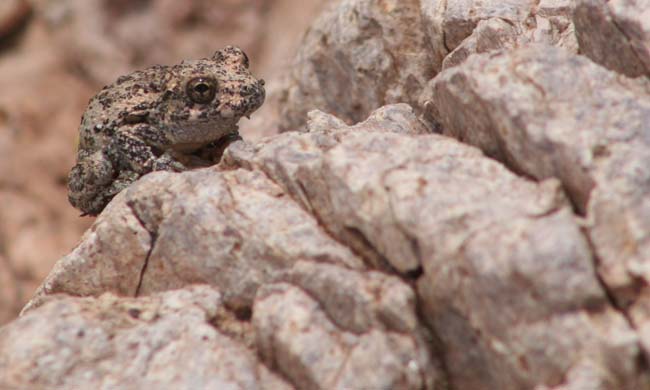 And I had no idea that a close relative of our Pacific Tree-frog, the Canyon Tree-frog, lives down there, until this one jumped in front of me. 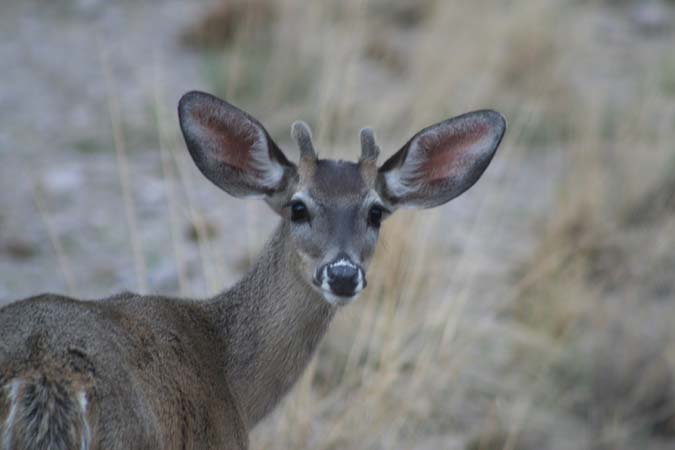 But I was aware that the White-tails in the Bootheel  are hands down the handsomest in the country.  This young buck still has some growing to do, however.