We travel to the end of the Earth
15963
post-template-default,single,single-post,postid-15963,single-format-standard,theme-bridge,bridge-core-3.0.1,woocommerce-no-js,qode-page-transition-enabled,ajax_updown_fade,page_not_loaded,boxed,,side_area_uncovered_from_content,overlapping_content,columns-4,qode-child-theme-ver-1.0.0,qode-theme-ver-29.2,qode-theme-bridge,wpb-js-composer js-comp-ver-6.9.0,vc_responsive,elementor-default,elementor-kit-12768

We travel to the end of the Earth 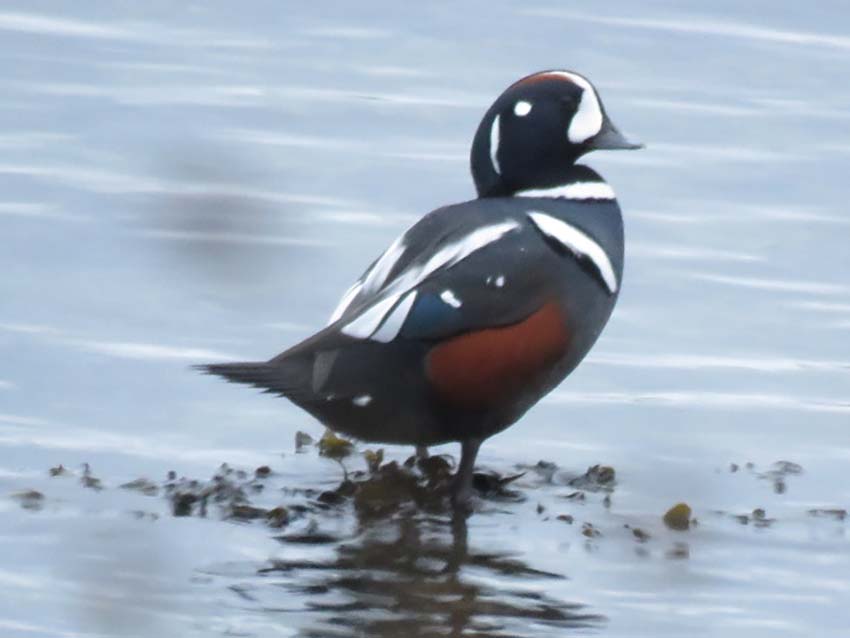 15 Nov We travel to the end of the Earth

Posted at 05:15h in sightings by EdNewbold 0 Comments
0 Likes

We boarded a ferry on Friday morning early. A sister ship was headed our way under the southern peaks of the Olympics and this is what it looked like. You almost are forced to admit, the Northwest has some charm.

We pulled into the dock at Winslow under a thankfully snow-covered Mount Constance with the intent of heading west until there was no more land.

It was still light when we arrived at Neah Bay, where the road west runs out of land and you can either stop or backtrack and go south. Neah Bay is the home of the indomitable Makah Indian Nation and we immediately stopped in at the office and bought a recreation pass. At $20, was it a bit underpriced? Absolutely. But they can’t step out of the mainstream price structure in America, no one in the whole country places as much value on wild and ecologically rich land as we should.

First thing was to stop in at Butler’s Motel, where Nancy runs a feeding operation in a most beautiful setting backed up against a moist woodland. This female Bullock’s Oriole was there, not a rare bird in the summer but this may be the only one still in the state. (The bird to the right is a Golden-crowned Sparrow.) Neah Bay is like that, it’s a depot for birds that are exploring out of their range, or lost, or “reverse migrating.” They fly till they run out of land and where are they then? Neah Bay. The list of rarities that has ended up in Neah Bay is astonishing and long and includes many Asian, Central American and Eastern and Midwestern birds.

A couple of baby Racoons were following their mom at Butlers.

Next morning we headed out and found this Tropical Kingbird, which is at home in Central America and breeds as far north as South Texas. They regularly show up at Neah Bay this time of year. The light was so low my camera wasn’t cooperating; sorry for the fuzzy shot.

Out at Hobuck Beach we found this Lark Sparrow, a very unusual sight anywhere on the West side of the state.

And Varied Thrush, which were everywhere in large flocks and looking beautiful as always.

If you look east from the entrance to Hobuck Beach, you get this view. I’ve heard on the radio that we have an above normal snowpack (as measured against the last decade) but it’s hard to escape the fact that it’s not raining in the Northwest, again. The land and critters appeared to be in pain from that. For example, we found very few insectivorous birds, no Yellow-rumped Warblers for instance. All the Sasquatch imagery and Rainforest references in the place names seemed out-of-place in the hot November sun and I became uncomfortable on Hobuck Beach, although I am not speaking for Delia here.. Hot November sun at Neah Bay? Nobody should ever call it Global Warming, as everyone likes warming, at least in one way or another. The World Drought Crisis would be a much more accurate term. The fact that it rains an awful lot now and then and the rain events can be much bigger than they used to be shouldn’t distract us from the basic inexorable movement toward dryness, both from less rain but even more significantly from more evaporation.

(Note, added on Nov 21, 2022: My words seem prophetic, at least to me, but I make zero claims regarding my own clairvoyance. Four days after we left a forest fire began at Hobuck Beach and forced the temporary evacuations of some in Neah Bay, including those staying at the Butler Motel. It’s ironic in light of the widespread dissemination of the idea that we were in for a wet winter because of La Nina, the kind of garbage factoid that gets bandied about willy nilly these days when a lot of people are unwilling to open their eyes about the coming dryness. Meteorologists are like macroeconomists, they don’t know near as much as the seem to imply they do when being interviewed by credulous reporters.)

Back in town we saw the tug that has been stationed here to help forestall oil spills.

And this Harlequin Duck was right off the main drag. This is not rare, although it is declining, but it is beautiful wherever you find it.

Rusty Blackbirds are rare in Washington and when they do show up, they can be very hard to pick out of a flock of Red-wings or Brewer’s Blackbirds. At Neah Bay one had decided that a tiny stretch of the road on the bay in the heart of town had a few flooded potholes, just what it wanted in life. The easiest Washington rarity of the year for Delia and I, finding and photographing it was like falling off a log, although I still couldn’t get a good shot, it was always on the move. I have fond memories of Rusty Blackbirds who used to station themselves by the creek near our house for a week or so every spring back in the 60’s in Pennsylvania. During the time they graced us with their presence you could always hear the beautiful noise they make, sort of like electronic music playing in the background. By the way, we found very few of our own birds at Neah Bay, where we followed in the footsteps of some of WA’s top birders, quite a few of whom are not nearly half our age.

This Black-legged Kittiwake, shown here behind a California Gull, can be extremely difficult to see in the rest of the state. This is the first time we have had a chance to get acquainted with them. Kittiwakes breed on land then head out to sea for the rest of the year.

Kittiwakes are in the Gull family but they follow their own drum. The name is from their call. Unlike youngsters throughout the animal kingdom, young Kittiwakes don’t have much inate desire to move. The reason: they are usually born on the face of a cliff and they are likely on a tiny ledge 200 feet directly above the turbulent surf. A fall would always be fatal. They are smarter in that way than some of my mountain-climbing friends. Indeed, once Kittiwakes are done breeding, they are normally done with land. Here one is preening.

Sorry for yet another mediocre photo here. These birds visit branches often, but don’t stick around more than a second or two, they are always on the move. Blue-gray Gnatcatchers occur in the southern west, but in Washington are confined to a small area near Tri-cities. This individual is from the East or Midwest, the experts out there told us as it is of the eastern subspecies. Any Blue-gray Gnatcatcher is extremely hard to find in western Washington except in… Neah Bay.

We also found a Swamp Sparrow, arguably the most beautiful of the American Sparrows, (Many would argue about this, but the statement is of course true) but it was so skittish I didn’t even get an out-of-focus shot. There was still lots to do in Neah Bay, we hadn’t got to the Museum which is spectacular. We didn’t even get out to Cape Flattery, which is the most dramatic scenery. But we had a rollicking good time! There is going to have to be another trip out there!

Sorry I’m not rigged up to accept comments. Contact me at ednewbold1@yahoo.com